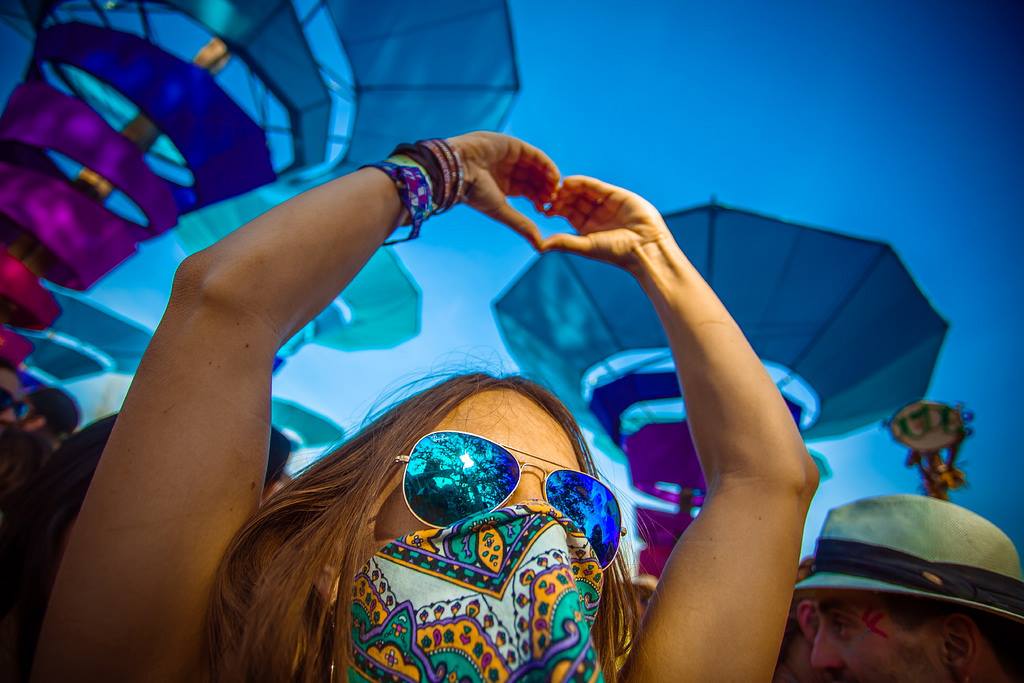 3 Important Lessons To Learn From A Bad Festival Experience

We’d like to believe that festivals aren’t anything besides magical wonderlands where you’ll meet your best friends and have the best time of your life. Their websites and after movies certainly paint that kind of picture, but unfortunately reality has the cruelest and most unpredictable sense of humor. No one can predict the future, and even at a festival, shit happens.

The number of things that can go wrong are literally endless, and if they do, you definitely aren’t the first person to have a bad experience at a festival, but it’s important to remember to learn from the experience if you’re planning to come back next year or continue to hit festivals throughout the season.

Logistical issues are the most common things that plague a festival, and as much as people make fun of them, the boy scouts had it right. Preparedness is everything. A lot of the smaller issues that happen can easily be avoided if you had just paid a little more attention in the beginning. For instance, if you forgot a source of shade, make sure you buy an EZ-Up. If you ran out of food, make sure to stock up next time or bring more money. If it rained all weekend and you didn’t have any waterproof clothing, get a snowboarding jacket for your birthday next year.

Granted, it’s hard for newer festies to know exactly what’s needed to thrive at a fest, but once the mistake is made, make sure you don’t repeat it. Keep a central list of things to bring with you to a festival written down somewhere, that way you’ll always have a good idea of what to bring, and you can alter the list depending on the festival. Know what time you want to arrive at the festival before you leave and over estimate how long it will take to get there. A little preplanning can seriously make all the difference.

2. Find The Right People To Go With

Something everyone realizes when they first walk in, is that a festival is completely different from real life. Knowing that, if you take into account the fact that you pretty much only see the people you call your best friends in real life, it shouldn’t come as a surprise that those same people might not be the ideal people to go a festival with. Because festivals offer such a different environment, everyone has their own idea of how to conduct themselves within that environment and it isn’t uncommon for those ideas to diverge from one another. Plus, as festivals become more and more popular, more and more people want to go for the sake of going, and in turn more and more people are realizing that such immersive experiences aren’t for everyone.

I don’t know about you, but I don’t want to be around anyone who’s discovering they aren’t about the festival life. It’s a bummer. Some people can’t handle the camping. Some people you simply can’t handle being around for so much time consecutively. Some people were just in over their heads in the first place about going. They can still be your best friends in real life, but if you feel like the people around you were the reason you had a bad time at the festival, there is absolutely no reason to force yourself to have a good time with them. In their short lifespans, festivals offer so many things to do and so many people to meet. I’d be willing to bet any amount of money that there is a group of people at any festival with which anyone could fit in perfectly. Festivals already do a great job of encouraging you to meet people. Don’t waste that trying to convince your friends to share your point of view.

In reality, this is the worst kind of bad time to have a festival because it’s not based on anything concrete. Nothing particularly bad happens to dampen your time there, but for some reason nothing goes that great either. It’s an elusive feeling that hovers around you throughout the entire fest. The venue, the layout, the food, the crowd, the music, all of these elements could come together to form an unbalanced equation that only equals sorrow and misery. Worst of all, most of the people around you are probably having some of the best times of their life while you’re trying to figure out what’s making you feel like this. You might end up thinking you’re the problem, but in reality you don’t. If you’ve ever felt this way at festival, it’s not worth your money to go back. Just like when you meet people, there are going to be some you don’t get along with, and that’s completely O.K..

There are so many freakin’ festivals out there now. Seriously. If you go on Music Festival Junkies, you can see how many hundreds there are now, spread all over the country. It’s obviously difficult to attend any outside your general location without a black card or an enormous stack of frequent flier miles, but with so many popping up, there is absolutely no shame in thinking one is a giant piece of crap. It’s almost guaranteed there’s a festival out there that’s perfect for you, and part of the journey is finding it. Festivals are the best places to embrace your originality, and if you don’t think you can do that at one, find another.