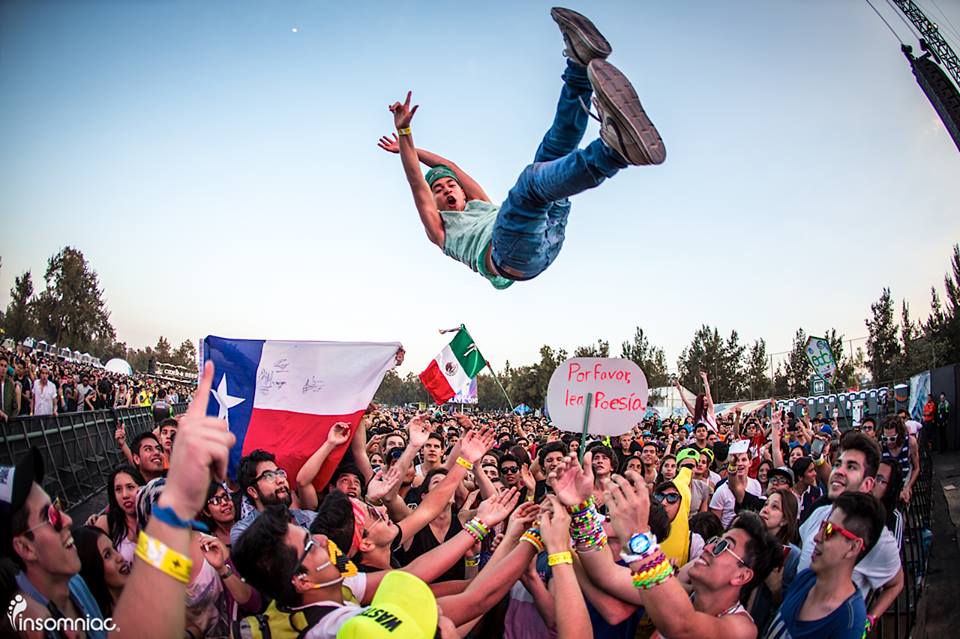 Ravers are some of the most reliable people around. If you ever find yourself down and out, and there isn’t a rave just around the corner, maybe give a raver you know a call and see for yourself. It may not seem like it, but other than counting on them for a good time, the act of raving actually allows people to retain positive qualities that are often lost on people.

Everyone’s had a moment in their life where all they needed to feel better was a good old hug. While some of your friends might be on that whole “I don’t like touching people unless we’re alone in the dark” tip, there isn’t a raver alive who won’t wrap their arms around you like you’re their own mother. Hugs and high fives are more than just commonalities when you’re on that natural rave-high, they’re greetings. So if a hug is all you need, a raver will give you a kind of hug that is equivalent to ten hugs from someone else.

Something important that all ravers will learn eventually is that when you’re at a rave, everyone around you wants you to have a good time. A huge part of every single festival is the overall vibe, and the best way to keep that vibe pristine is to have the best time you possibly can. Considering an awesome vibe is something everyone wants, everyone works together to make sure everyone else is enjoying themselves to the max, and once a raver has embraced that mentality, they transfer it to the rest of their life as well. If for any reason you’re not enjoying yourself, a raver will seriously try to turn that around. Even if there are no ravers in the immediate vicinity and you happen to find yourself in a place with no cell service, you can bet there’s a raver out there hoping your day/week/month/year gets better and better.

One of the go-to insults have for electronic music is that it’s “repetitive”. While this is shortsighted for many reasons, one of which being that every kind of music ever is repetitive in some way, what EDM lacks in concrete structure it more than makes up for intricacies. Instead of hearing a voice backed by a bunch of instruments, a lover of electronic music listens for subtle changes like how long the reverb lasts, or when a new drum sneaks into the main mix. There is so much going on during an electronic track that it really does take a trained set of earshot discern everything thats happening, and once a person has trained their ears to listen for the little details, that skill can be applied to anything. Even if you’re voice indicates the slightest sign of discontent, an avid listener of electronic music will catch. Whether you choose to discuss it with them is on you, but if you do decide to open up a bit, your words won’t fall on deaf ears. In fact, it’s just the opposite. Your words will be heard, and there will be a thoughtful respond at the ready if necessary.

The number of times the outside world has tried to diminish the rave community is getting too high to count at this point. Because of a few unfortunate situations surrounding electronic music events, there have efforts to do everything from enforcing dress codes to trying to ban raves all together. However, the rave community remains stronger than ever for no reason other than that ravers care about each other. Regardless of what image is painted of them in the media, regardless of how mainstream electronic music has become. This community has been around for decades and if you’re ready to embrace it, the community will embrace you. Even after the aforementioned unfortunate situations, ravers responded by taking better care of each other. I have been attending events regularly for five years now, and I can tell you first hand that I have never seen more people consciously looking out for the people around them. Something as simple as offering up water or some fruit can make all the difference, and most people go above an beyond that. What’s really important though is that by realizing that all these people aren’t just fellow ravers, they’re fellow humans, they’ve learned that everyone deserves to be treated that way.

When people think of ravers, they usually think of flamboyant outfits, LED toys, and crazy dance moves. Now the more close-minded people will think that these things are the result of drug-use, but in reality all of those things are the result of self-expression. When people are going absolutely wild at a rave, they are essentially being honest about how they feel and who they are, and by retaining this quality they allow others to be honest with them. Everyone has their scars and everyone has their demons. A rave is a place to forget all that and be proud of the things you love about yourself, but to get to that point you have to accept those demons and scars. Once you do that you can be completely honest with the people around you. It’s definitely hard at first; facing your secrets. It’s much easier to run from them.