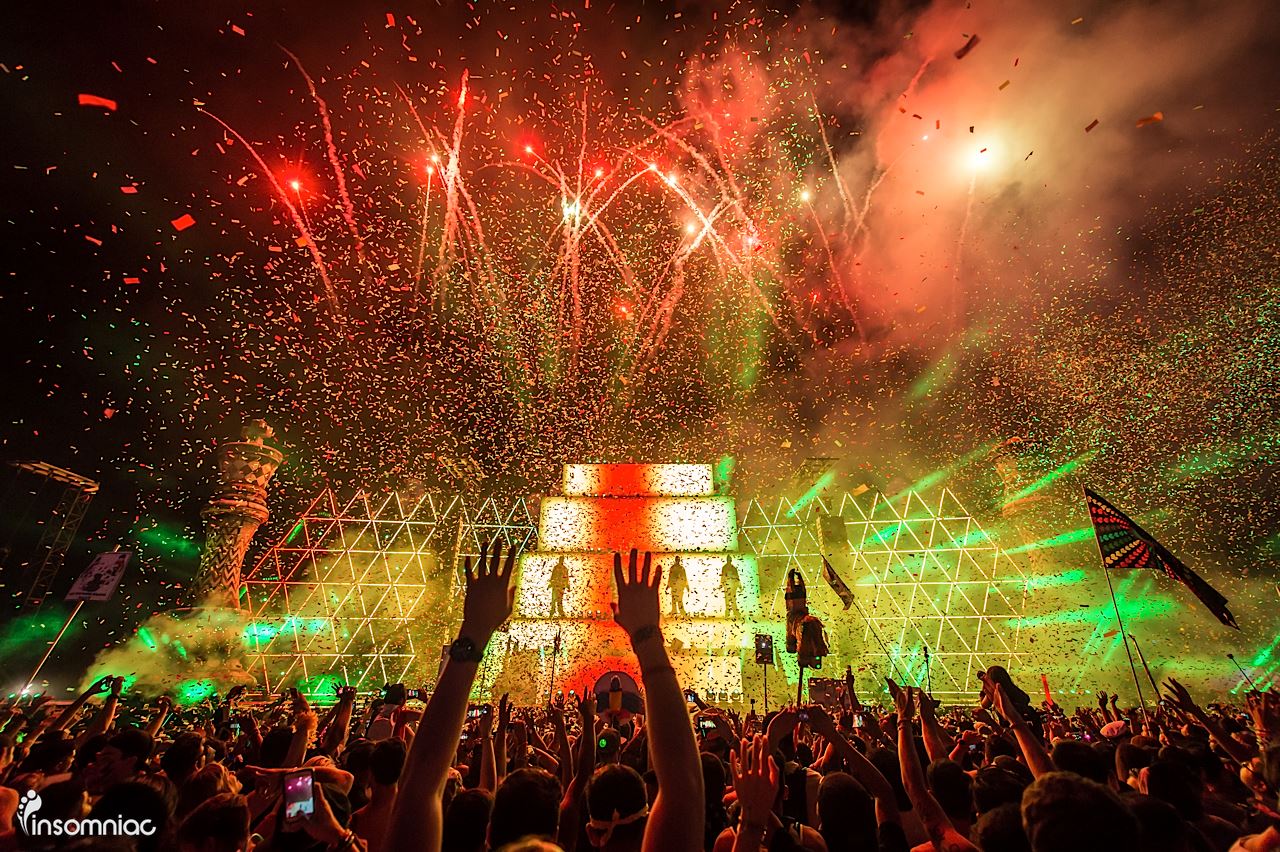 7 Epic California Festivals To Get You Through The Year

The dust is settled around the speedway, and the 20th edition of EDC Vegas has come and gone. With the biggest festival of the summer now committed to memory, it is time to look to the future even though I’m sure many of your minds would prefer to be in the past.

Understandably, many people consider EDC Vegas their one grand outing of the summer. Combine the price of a ticket with a hotel and the likely extension of 2-3 days to thoroughly enjoy EDC week; quite a pretty penny. Not surprising many people wouldn’t want to spend more on festivals for a while.

However, for everyone who didn’t go or doesn’t have the same regard for saving money, 2016 isn’t even halfway over yet, and there are still plenty of great events coming up around the LA area.

I don’t know about you, but I think the lineup for Nocturnal is far more impressive than EDC’s this year. Sure EDC might have more names, but not many of them were really surprising. Nocturnal boasts more than a few names I have never seen on an Insomniac lineup. Innervisions stalwarts, Âme will bring their live set. Dimond Saints, who blessed Lightning in a Bottle with a seven-piece band during their set, will be there. And Spor, Feed Me’s Jungle alternative will play a set as well. Add in a few top rate DJs that didn’t make it to EDC either (Laidback Luke for starters), and my attention has been thoroughly grabbed.

Although there are plenty of people complaining that FYF has forgotten it’s roots by not booking enough punk artists, this is by far my favorite lineup FYF has ever had. On the dance music front, there’s so much to look forward to. Moby, Bicep, Todd Terje and his full live band, and of course the Sunday headliner, LCD Soundsystem. Plus, FYF is literally the last festival to which residents of LA could either walk or take the subway. It really is so nice to not have to worry about anything besides buying a ticket getting there. Takes so much stress off planning.

Arguably the festival I’m most excited for. It’s truly astonishing how much fun Dirtybird was last year for being a first-time event. The assistance from Do Lab was definitely a big help, but the Campout was a festival that catered perfectly to its audience. Everyone who’s been to a Dirtybird function knows that there’s something different about them. The kind of community that surrounds the label goes deep, and as that community has expanded it opened the door for something like the Campout. Well, Claude VonStroke opened that door and it worked out perfectly. I honestly can’t wait to see what sorts of activities and surprises they have in store for us this time.

Never mind, this is actually the fest I’m most excited for. See, Symbiosis Gathering doesn’t happen annually. The people at Symbiosis look to create the most unique and exquisite festival experience possible, which wouldn’t work if they returned to the same venue year after year. Instead they’ll hold off until they find a venue that allows them to create the environment that best expresses their vision. Sometimes that will take as much as 3 years. However, with the tenth anniversary at Woodward Reservoir being the massive success it was, Symbiosis decided to return there this year. If you attend you’ll immediately realize why. Plus there’s a lake in which you can swim surrounding the entire festival.

Regardless of the fact that electronic music events are all but banned in DTLA, Diplo has secured a spot for his annual block party yet again this year. With tickets under $60, “more bang for your buck” is an understatement. The Mad Decent Block Party began as an actual block party in Philadelphia and Diplo has worked hard to maintain that spirit even as MDBP has become a national tour.

Another event that’s managed to remain in the city, Fool’s Gold Day off is one of the opportunities for A-trak to really display his interests beyond electronic music. Sure when you see him at a rave he usually plays a bunch house and the like, but that’s just another way A-trak demonstrates his skill as a DJ. Fool’s Gold Day Off isn’t a rave though, which is clearly demonstrated by the artists that perform. Last year there were rappers like Action Bronson and Travi$ Scott headlining, and the year before the lineup featured the Invisibl Skratch Piklz; a team of turntablists whom A-trak has called his heroes. The lineup for LA this year hasn’t been released yet, but with Migos topping the list for Brooklyn, there’s sure to be surprises in store

I just saw a poster for this festival the other day, and I was quite intrigued. First of all, it’s a two day fest at Oak Canyon Park (same venue as Dirtybird), but its lineup is all rap…except for a Flume DJ set. Quite an interesting combination. Obviously the rappers will do their thing extraordinarily, but a Flume DJ set is really something to consider. Anyone who’s heard any Flume track knows that rap is huge influence on his music. Every time I’ve seen him live he’s played at least one hip hop track in his set. I’m sure he’ll play some his stuff, but I feel like this fest will give Flume a chance to display a side of himself that is rarely seen.