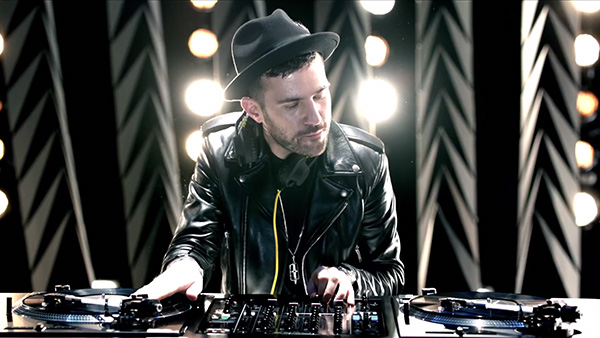 Something unfortunate about the current state of electronic music is that the art of DJing is often lost under the glitz and glamour. It’s common practice for festivals to limit DJs to hour-long sets, and the people closing out MainStage are doing so because of their productions.

That isn’t to say there aren’t DJs out there working hard to show what two turntables and a mixer are truly capable of. A-trak is one of those DJs, but A-trak is also awesome for plenty of other reasons.

Artist-run labels are becoming more and more of a standard in the today’s music business. If you listen to Annie Mac on BBC Radio 1 you’ll often hear her premiering releases on an artist’s new label or interviewing an artist about their new label. One imprint that needs no introduction though is Fool’s Gold Records. Founded by A-trak and Nick Catchdubs nearly 10 years ago in Brooklyn (where the label’s flagship store has resided since 2011), Fool’s Gold has demonstrated just what an indie label can accomplish. In addition to securing their sound as a blend of electronic music and rap (artists include Tchami, Danny Brown, Flosstradamus and Kid Cudi), Fool’s Gold is among other labels like Mad Decent and Dirtybird that have their own traveling festival every year, but Fool’s Gold stands alone in its contributions to the world of fashion. I don’t know any statistics on amount of clothes sold, but I personally feel like Fool’s Gold merchandise is a common site around LA. While the merch from other labels is usually seen at festivals and shows, Fool’s Gold’s stake in the world of hip hop leads to a much broader client base. Hip Hop and EDM attract different people, and Fool’s Gold was able to dish out a series of black, white, and gold clothing that appeals to them both.

Artist snapchats can be hit or miss. Given the admittedly adventurous lives they live, one would expect their snapchat accounts to be a reflection of such things, a.k.a. lots of plane rides, fancy ethnic food, and celebrity cameos, but sometimes that’s not the case. After all, artists are people too and some of them just want to show the world they love their cat. A-trak doesn’t have a cat (as far as I can tell) so you won’t see much of that, but you will see plenty of the aforementioned plane rides, fancy food, and celebrity cameos with some serious scratching on top. A-trak knows how blessed he is to be living such a life, and he tries to share it with snapchat as much as possible.

Some fans of EDM haven’t heard of the Disco Mixing Club (DMC) championships. Well if you’re one of them, essentially the DMC championships are the Oscars of DJing. Every year there are national tournaments in several countries all over the world, and once those have come to a close the best from each advance to the world championships. So basically, if you win the DMC Championships, you’ve proven you’re the best DJ in the world. Well A-trak won the DMC championship…..when he was 15. That’s right. He couldn’t even legally drive himself to the competition that he won. He would later win the World Team Championship in 2000 as a part of a duo with Craze called “The Allies.”  You know how when you argue with someone about an artist’s talent, you’re usually just arguing about your own opinions? Well it’s an indisputable fact that A-trak is one of the best DJs in the world.

One person who immediately noticed A-trak’s immense talent behind the decks was none other than Kanye West. The rapper recruited him to be his personal touring DJ in 2004 and together they would tour the world. Throughout their years together you can find A-trak’s influence throughout West’s earlier works. He’s the one scratching on “Gold Digger” and in his Genius.com annotations, he mentions that he was the one who gave Kanye the Daft Punk sample for “Stronger”. Those are two of Kanye’s biggest songs, and even though I’m sure many of you reading this harbor animosity towards Kanye, no one can deny the effect his early works had on the world of rap. A-trak was a vital piece of that musical puzzle.

Followers of A-trak on social media are guaranteed to have seen this hashtag within many of his posts. See, A-trak came up in a time when “DJ” still stood for disc jockey. There were no sync buttons or usb slots and the idea of a prerecorded set did not exist. Now there really isn’t a way to tell what most “DJs” are even doing behind the decks because there are 100 foot tall lighting rigs to distract you and most of them only learned how to DJ so they could tour. For A-trak it was the other way around. Producing came second. When you see A-trak live, no two sets are the same and they are all decorated with the kind of turntablism that only a DMC Champion could pull off.

Just because producing came second for A-trak doesn’t mean its an area where he doesn’t triumph. He may not have an award that designates him as one of the best producers in the world, but because he came up as a DJ mixing together every kind of music imaginable, that versatility extends into his productions as well. Just take a listen to his newest track, “Parallel Lines” featuring the New York based electronic rock duo Phantogram.

Even though A-trak’s solo productions are something to be celebrated, nothing he has made under the name A-trak compares to party-starting power of Duck Sauce. By joining forces with the legendary Armand Van Helden (seriously look him up if you don’t know how much of a legend he is), A-trak found someone to match his fiery DJ style with white hot productions. Together the two are one of the funkiest duos in house music, and if all you’ve heard is their undeniable banger, “Barbara Streisand”, take a quick dive into Duck Sauce.