9 Things I Learned At My First ADE

Amsterdam Dance Event (ADE) 2022 is officially in the history books, and boy howdy was it a sight (and sound) to behold. As someone who has been raving for over a decade, I have been to hundreds of parties, and ADE was replete with some of the best parties in the world.

What I had never been to was a convention. For anything. I am of course aware of them. Comic-Con and Anime Expo are two examples.

From upscale clothing stores like Filling Pieces, to record stores like Rush Hour, to multipurpose spaces like De Kromhouthal, to boats on the Amstel, and of course, in famous event spaces like Ziggo Dome and Loveland, dance music—both the sound and the spirit—is running wild and free at ADE.

The entirety of the scene condensed into one city for five days. It’s hard to fathom all the new connections and collaborations that result from it, and as a first-timer, I had a blast. Dance music is stronger than ever around the world, and ADE 2022 proved that beyond a reasonable doubt.

Here are nine things I learned for how to maximize my experience when I head back to ADE in 2023.

Awakenings is probably the most recognized techno brand in the world, and after attending one of their ADE parties, I understand why. I was fortunate enough to attend the KNTXT party at Ziggo Dome with ONYVAA, Indira Paganotto, FJAAK, I Hate Models, Enrico Sangiuliano, and of course the boss of KNTXT herself, Charlotte De Witte.

De Witte’s set was a religious experience, not just because she was commanding her own Awakenings event. With techno being so prominent in Amsterdam and around Europe (even when it’s not ADE) an event can’t stand apart with only good music.

Awakenings stands apart because it is the quintessential techno experience. Even at a massive venue like Ziggo Dome, the crowd was welcoming and fluid. There was always room to dance and everyone was kind to let you pass if need be.

Also, the production was simply immaculate. Ziggo had the most impressive video wall I’ve ever seen hands down. Each artist followed a specific visual aesthetic that mirrored their sound. For De Witte, the visuals were raw and mechanical honing in on the unmistakable “X” that is her KNTXT concept. The concept she developed. The concept that engulfed everyone at Ziggo Dome that night.

2. Deeper Than The Deepest House

If there is one aspect of dance music culture that completely disproves the outer image of relentless drug use and repetitive beats, it’s ADE. Someone could come to ADE and write a thesis on all the different elements of this culture without attending a single party. This is where you can diver deep into the culture.

Sit in on lectures and see every side of the scene from how the charts dictate which artists are playing the club and vice versa. Go to a guided meditation session hosted by Anjunadeep. Visit the museum of house music to get a full history of the genre, and test brand new gear with all the major retailers in town.

Attending these events can also get you closer to the DJs in a different way. I sat in on a lecture with Diplo and his core team, all of whom have been working with him for over a decade. After they were done speaking, he was happy to take pictures with fans and field questions from the audience.

3. A Community Of People

At ADE, everyone in the scene is equal. That’s why it can’t be called a festival. The DJs that would normally be hiding in their trailers are out and about experiencing the city and the culture with you.

For example, I was able to attend soundcheck for Kerri Chandler‘s set at De Kromhouthal alongside TSHA, Honey Dijon, and Floorplan. Chandler is known for his soundchecks, fine-tuning every aspect of the room to ensure the best sonic experience possible, and because it was ADE he was happy to welcome me to watch his process before the show.

Chandler even used a custom mixer created by NEA, an audio gear company based out of Naples, Italy, and introduced me to Antonio Del Mondo, the man who built the mixer himself.

They’re called disco naps for a reason. The best move for me and my friends, while we were at ADE, was to pack with lectures and networking events, hit the disco nap until around 9-10PM, and then head off into the night for the parties.

In Europe, the parties don’t really get started until about 2AM, and with a disco nap staying up through sunrise is no problem. Then you take another disco nap to get ready to network in the afternoon again. 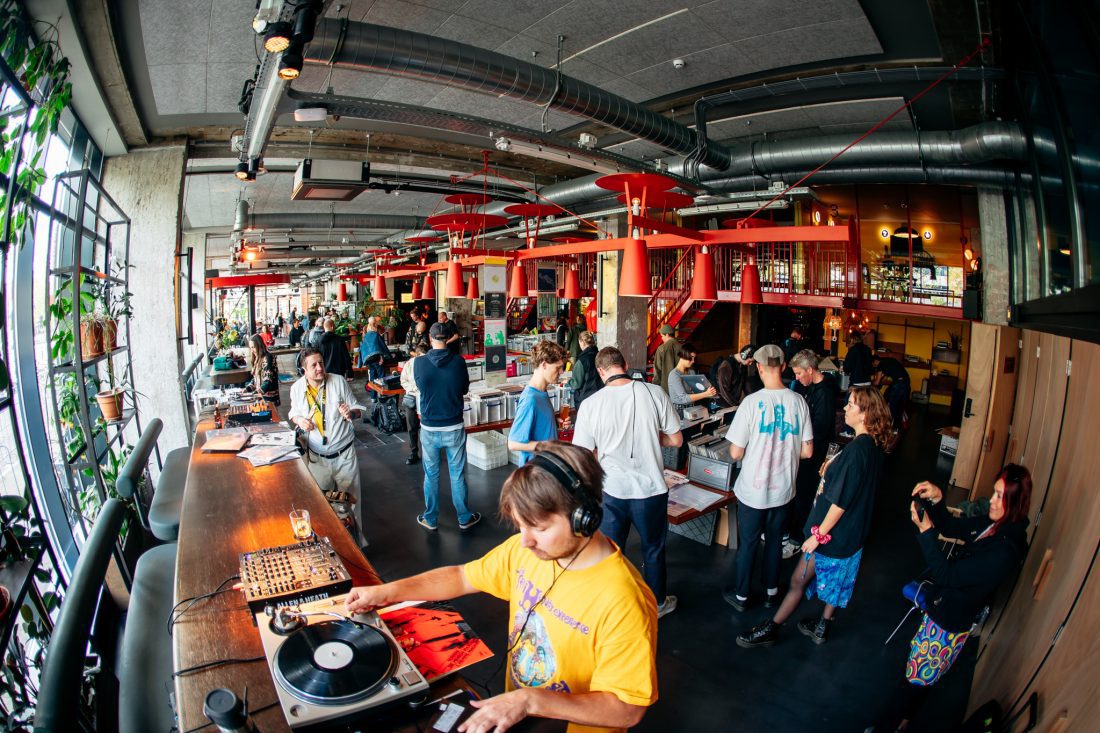 A worldwide gathering of electronic music is going to bring all the most recognizable brand names to one place. If you’re ever unsure of how to make an itinerary for the day, trust the brands.

For example, I have never been to Ibiza, but the Circoloco party at Loveland was pure house magic with the help of Denis Sulta, ANOTR, and Patrick Topping. And the boat party hosted by Monstercat Silk was all the funky anyone could fit on the Amstel.

Once again, it isn’t just about the parties either. Tomorrowland premiered the aftermovie for the 2022 edition at ADE at Pathé Tuschinski, which is coined as the most beautiful theater in the world. I’ve never been to Tomorrowland, but being in there with all the people who had, the energy was incredible

Something I was not aware of in Amsterdam is there is a cut-off time for entering the clubs. That means past a certain point, no one can get in the club anymore, and often times the cut-off is hours before the music ends.

After KNTXT at Ziggo Dome, I tried to go to Dave Clarke‘s showcase at Melkweg which was scheduled to run until 8:30AM. I arrived to Melkweg at 6:15AM, and the bouncer said the cutoff was 6AM.

It seems a bit counterintuitive because they’re missing out on so much revenue for liquor by preventing people from getting in past a certain time. And what if the club empties out and there are hundreds of people waiting outside? Maybe I can ask someone next year, but now I know to be conscious of the cut-off times. 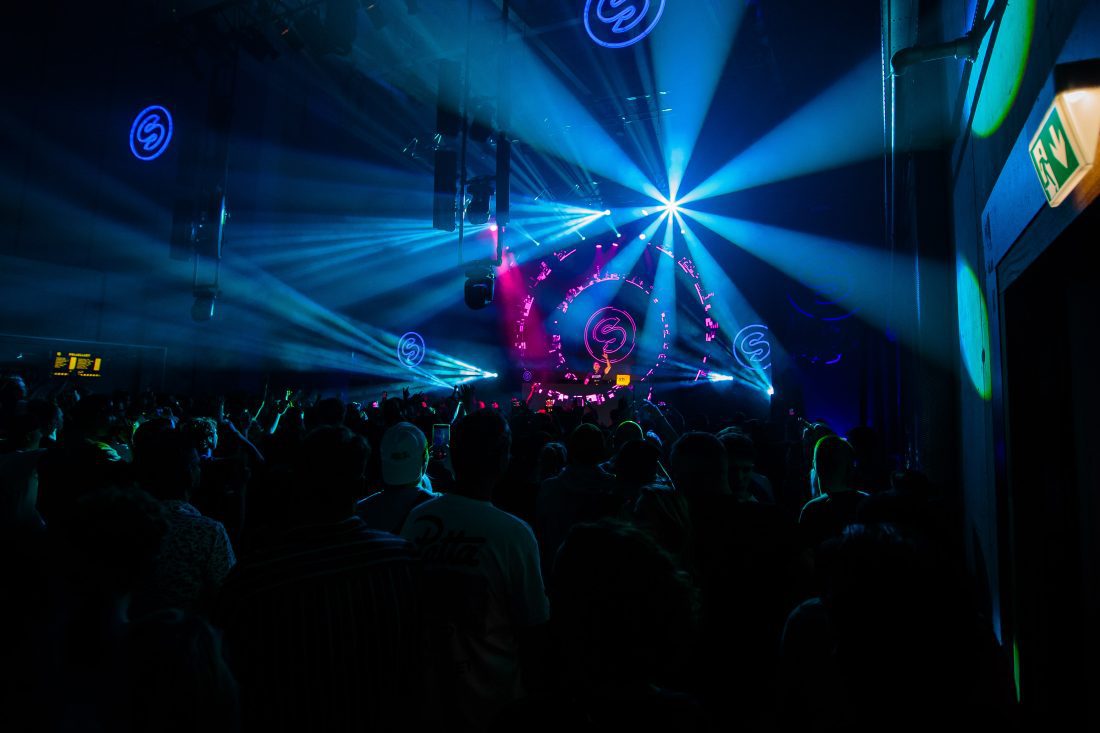 DJs are spinning sets in any kind of venue you can think of during ADE. Because I was all about KNTXT, I saw Charlotte De Witte play in a clothing store called Filling Pieces where she was selling her latest line of merchandise. Honey Dijon played a set in Rush Hour record store. Coco & Breezy played at the Spotify mixer at Soho House.

These were some of the sets that were advertised, too. Knowing dance music culture, there were probably so many happening behind the scenes in places few would expect.

People within dance music culture are always comparing the US to America. The parties, the artists, the crowds. It’s a part of the discourse that will continue on forever.

Well one thing that Europe does consistently better than the US is sound. Every single party at ADE, whether it was in a dive bar, a giant warehouse, or Ziggo Dome, the sound was immaculate. With eyes closed and feet moving it really didn’t matter what the venue actually was. The music would take hold all the same. 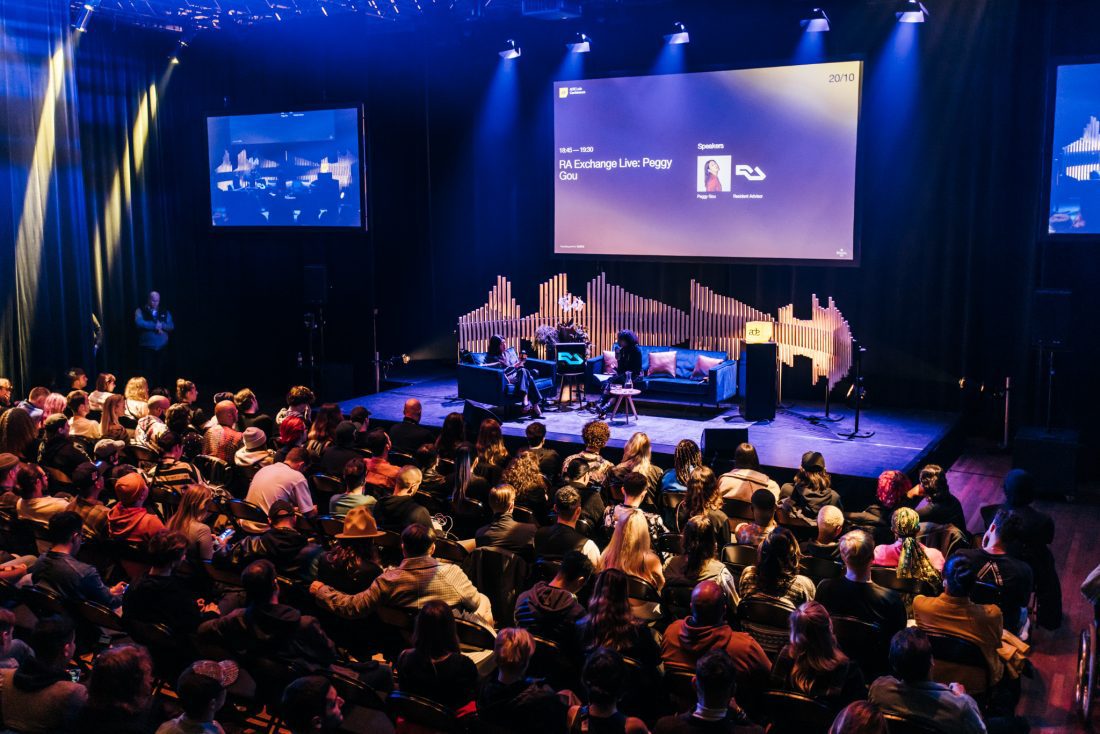 9. No Music On A Dead Planet

ADE takes its environmental footprint seriously, and they are showing how the rest of the scene can follow suit. Beyond having an entire program of events dedicated to the environmental impact of dance music called ADE Green, the parties themselves implement strict procedures to limit their waste.

For example, at the Circoloco party at Loveland, the only way to buy drinks was to purchase special plastic tokens. And in order to get the drink you needed to trade the token and an empty plastic cup. If you didn’t have a plastic cup, you would need to trade a second token.

Not only did this severely limit the amount of plastic used at the event, but the dancefloor wasn’t strewn with empty cups which was nice. It could be a bit of a hassle to deal with when you’re trying to dance, but these are the kind of measures we need in order to keep dance music alive for centuries into the future.

All photos provided by ADE except for the Charlotte De Witte photo.

After Ten Years, Firefly Music Festival To Break Until 2024