Armin van Buuren is ready to celebrate 20 years of his radio show A State of Trance with the return of his two-day blow-out event after a three-year hiatus.

This time, he has tapped over 40 historic and progressive trance artists to help celebrate from March 3-4, 2023 in the Netherlands.

The head honcho himself, Armin van Buuren, will also perform a “five-hour audiovisual showcase” sure to transport all trance lovers to paradise “One More Time.”

Armin van Buuren is an absolute legend in the trance scene, making mix tapes when he was ten and beginning producing in 1992 at the age of 16. Since then, he’s received a Grammy nomination and has headlined festivals and clubs around every corner of the world.

Tickets to the return of A State of Trance can be purchased here and the full lineup can be viewed below. 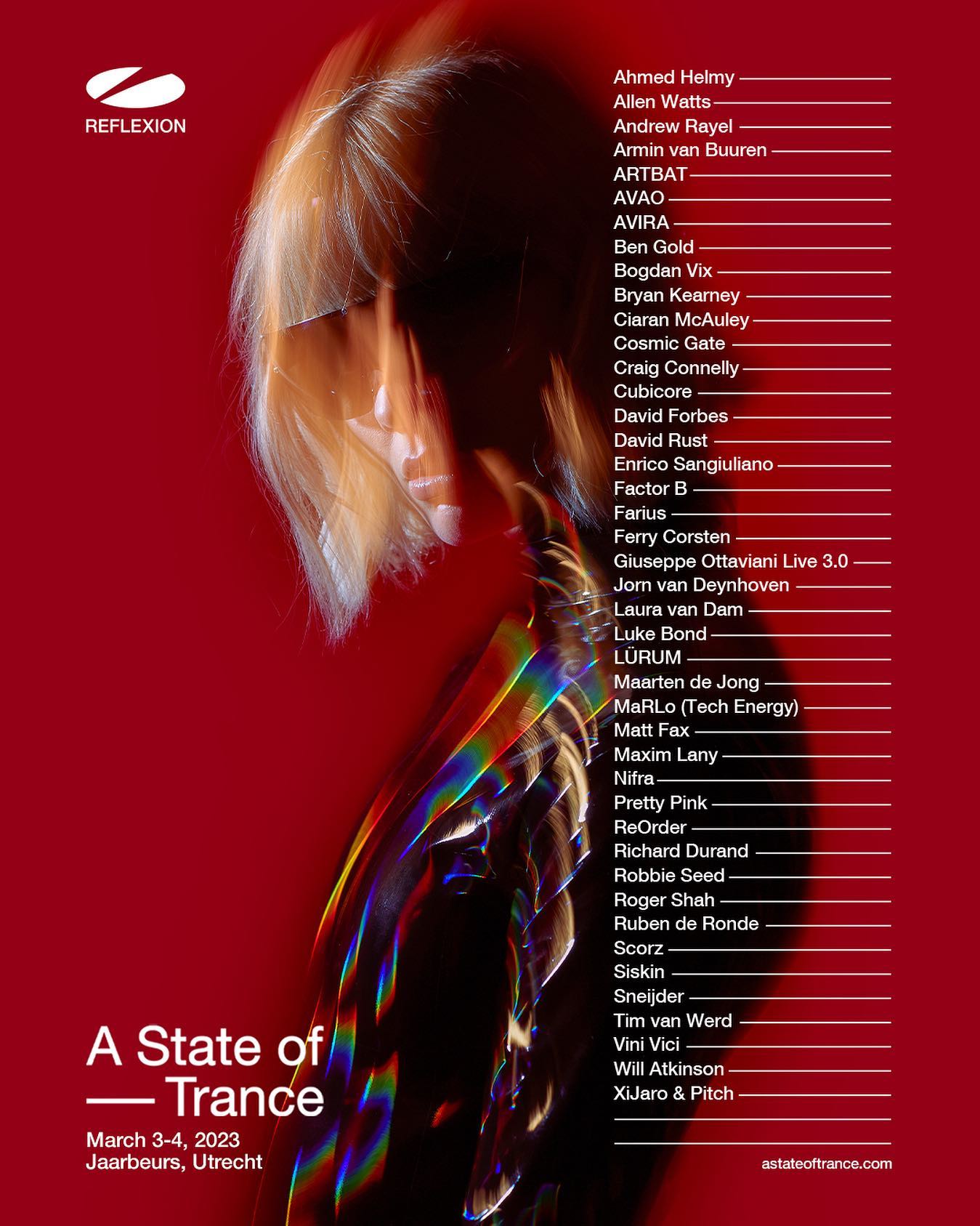 Flyer from A State of Trance, featured image from Armin van Buuren