Above & Beyond Announce ABGT300 – Hong Kong

Trance group Above & Beyond is heading to Hong Kong this September for ABGT 300.

Announced today, Above & Beyond will head to the far east for the 300th edition of their famed radio show, “Group Therapy.” Las year, the radio show recently touched down at the picturesque Gorge Amphitheater in Washington, USA. Now the show will head to Hong Kong at a TBA venue.

Above & Beyond will broadcast the event live for those who can’t make it to China. More details on that will be coming leading up to the event. Last year’s ABGT250 livestream reached over two million people, with the event hashtag reaching top spot on Twitter’s trending charts.

Those who register will be sent a link giving them a chance to purchase tickets at early bird prices on Friday May 18 at 6pm Hong Kong time. Full venue details will be revealed prior to the on-sale, along with plans for an Anjunadeep Open Air after party on Sunday September 30. 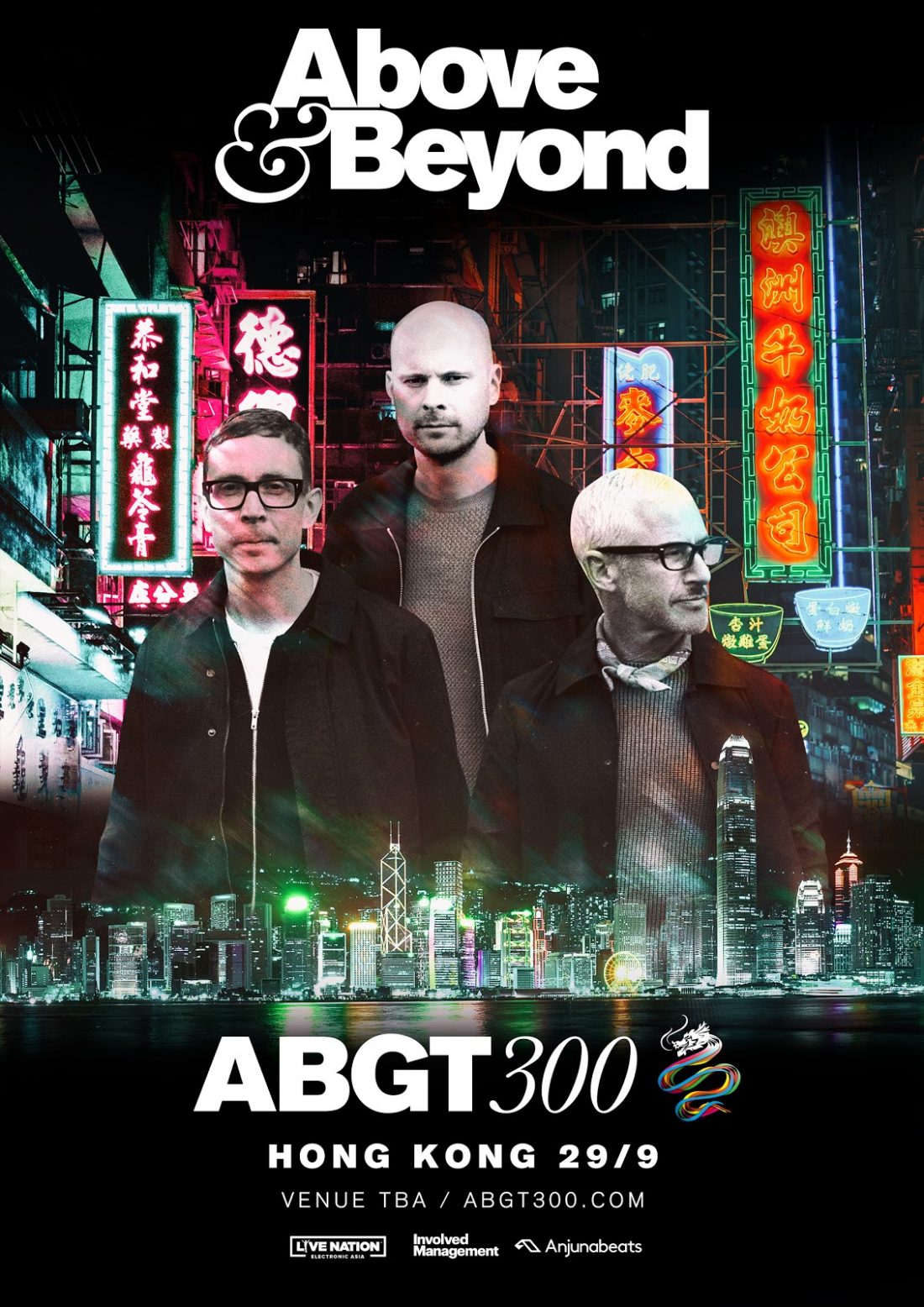