Above & Beyond have just announced a weekend-long summer event, ABGT450, in London.

Early last week, Above & Beyond teased fans around the world with the announcement of two dates, August 14 and August 15. Now, the electronic group has announced what those dates mean, a two-day celebratory event at The Drumsheds in London. The two-day outdoor event will be broken up into two very special days of music. On Saturday, August 14, Above & Beyond will present Group Therapy 450 and on Sunday, August 15, Anjunadeep: Open Air London will take the stage. The two-day outdoor festival will be in celebration of Above & Beyond reaching 450 episodes of their long-running radio show.

This will be Above & Beyond’s first show with a live audience since the start of lockdown. Although the full lineup has not been announced yet, Above & Beyond will be joined by various rising stars and veterans from the group’s two record labels, Anjunabeats and Anjunadeep. Saturday’s lineup will feature more trance and progressive acts while Sundays will celebrate the deeper sounds of Anjunadeep. When asked about the event, Above & Beyond disclosed that they are,

“Thrilled that our first time back in the saddle will be for one of the world’s greatest live music audiences. UK fans sing louder and dance harder than just about anyone. We can only imagine the energy they’ll bring after a year trapped indoors. Can’t wait for this one.”

Pre-sale tickets will be available at 10 AM on Thursday, March 25. Tickets will sell out, get them here before they’re gone. 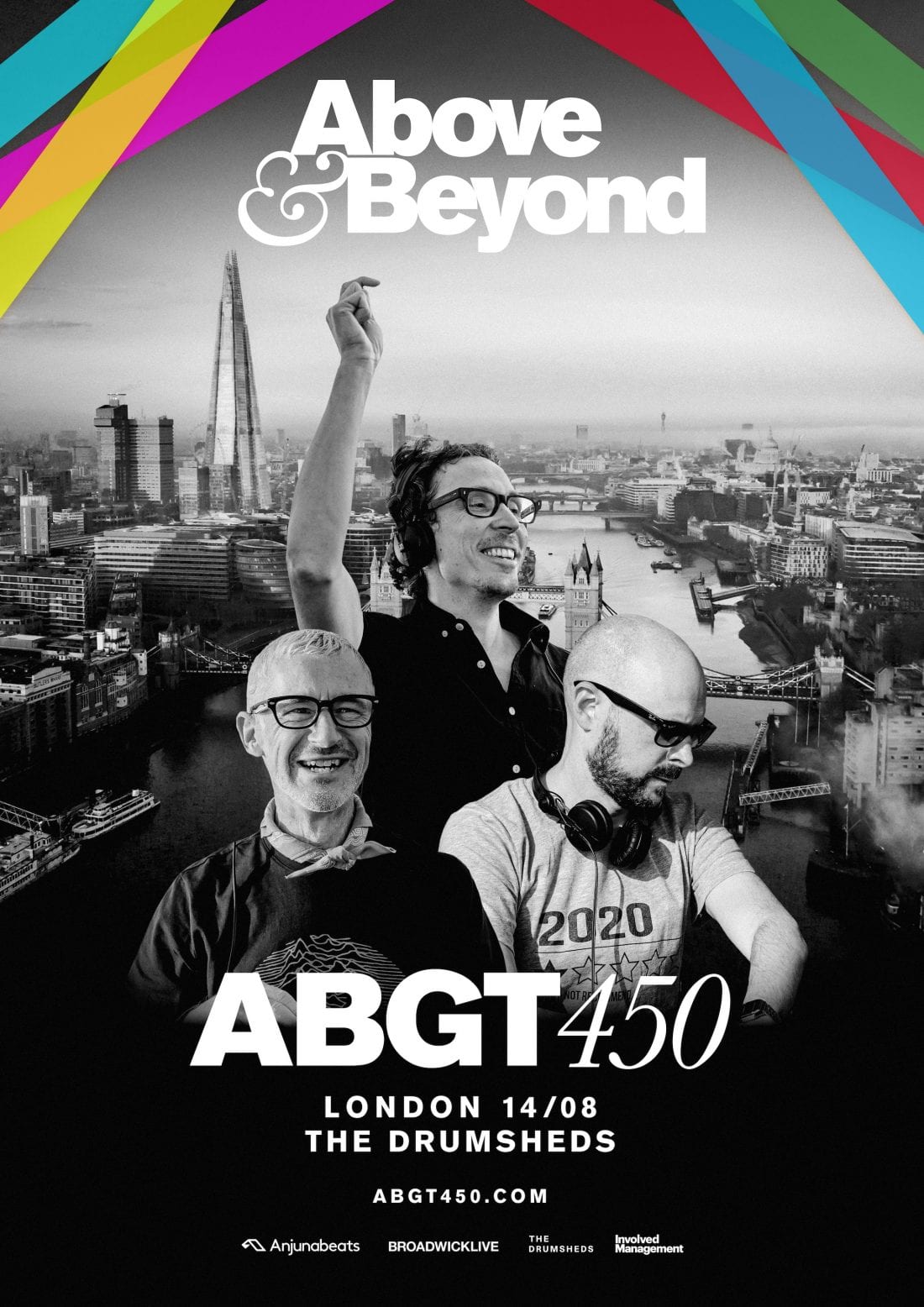