Above & Beyond Are Going On A Anjunafamily Reunion Tour

The tour is scheduled to start on September 18 and will end on November 26. Although there are not a lot of dates listed on the tour, we are pretty confident that each stop will include amazing performances from Above & Beyond and the rest of the Anjunafamily. There have not been any supporting acts announced yet, but if Above & Beyond are going on tour, expect the supporting cast to be filled with amazing talent. Both of Above & Beyond’s Red Rocks shows have already sold out.

Tickets for Above & Beyond’s Anjunafamily Reunion Tour can be purchased by clicking here. 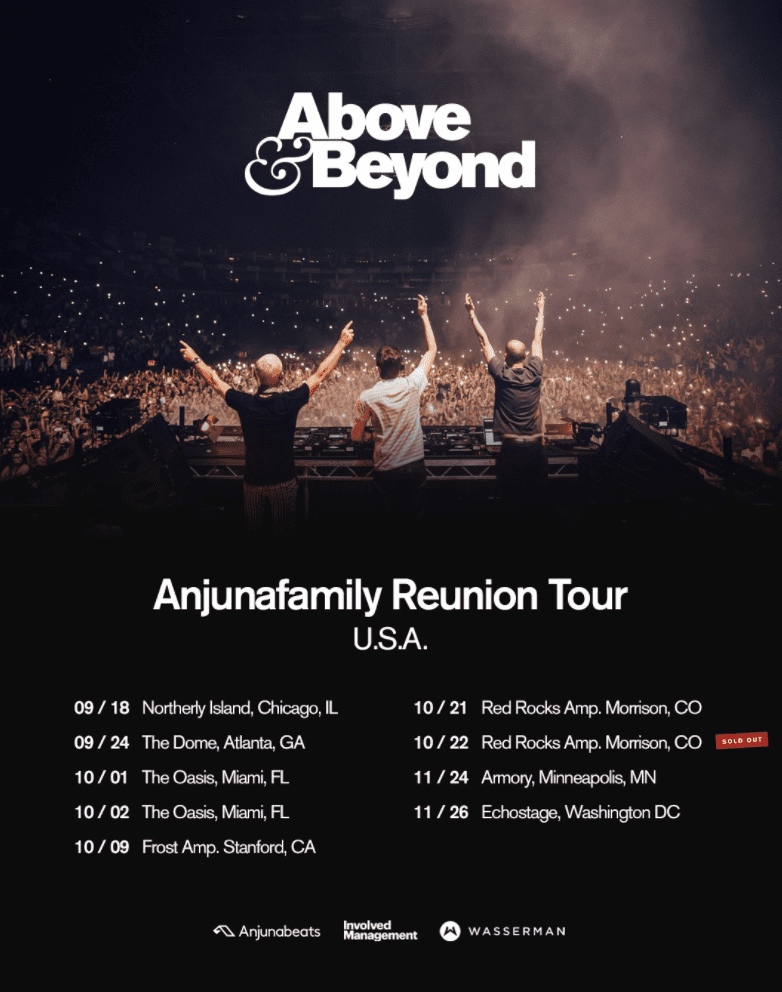