Last month I attended Above & Beyond‘s Common Ground tour at the Los Angeles Convention Center and it was nothing short of an amazing show. Knowing that Above & Beyond would take the crowd on a three-hour journey, with Anjunabeats artists leading the crowd into their set had me excited. The announcement of a 3-hour set was one opportunity that we couldn’t turn down.

The night was kicked off with support from Spencer Brown, Grum, and Gabriel & Dresden who warmed up the crowd right with great performances before Above & Beyond took the stage.

The highly anticipated three hour set was a moment the Anjunafamily had been waiting for since the announcement. Above & Beyond put on a set featuring crowd favorite tracks such as “Alone Tonight” and “Sun & Moon” and closed with their latest single “Always” off of their newest album Common Ground. They had the crowd dancing and crying with friends from start to finish.

Common Ground Los Angeles was a beautiful show, I highly recommend attending one of their tour stops for Common Ground. You can check out their tour dates and information HERE. 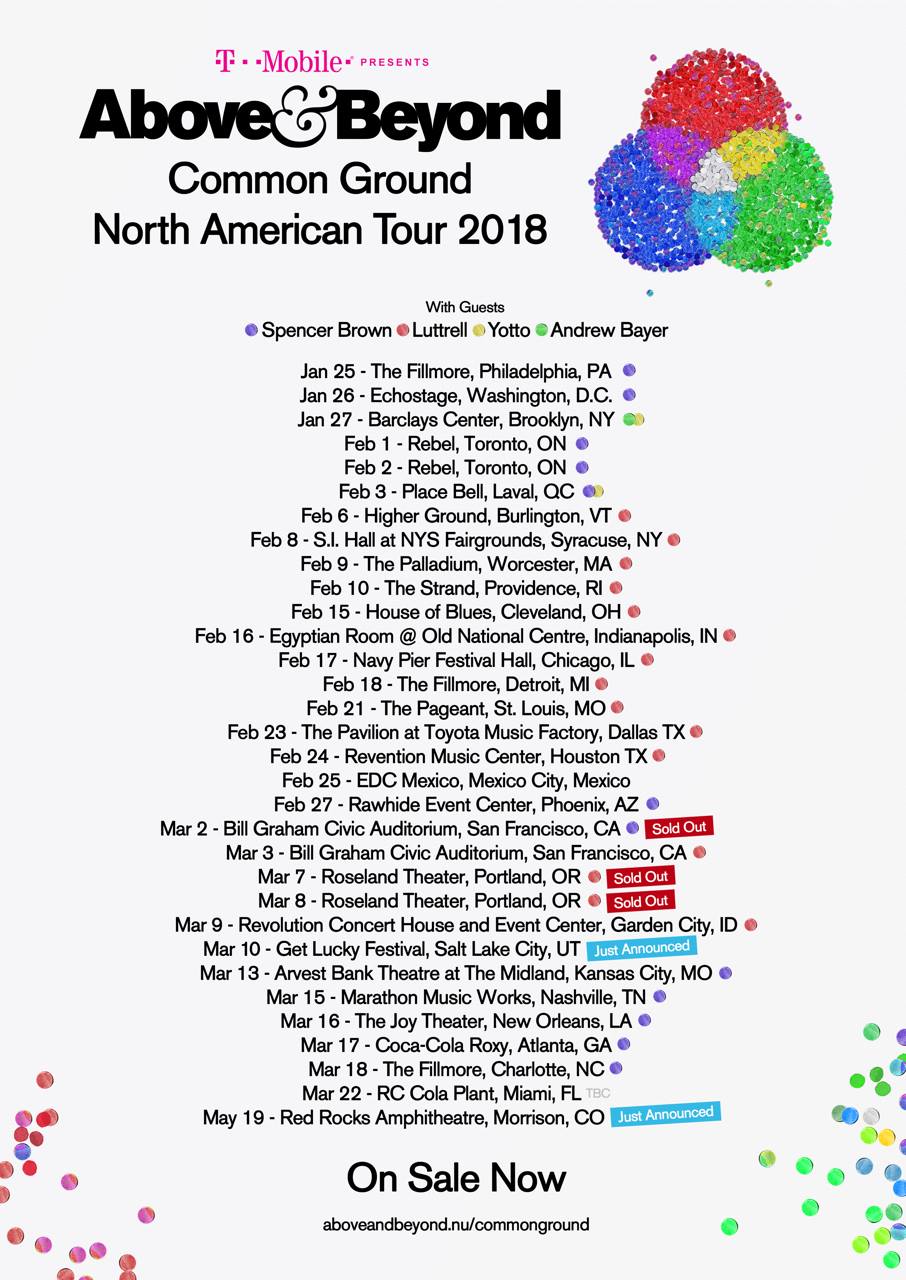 If you can’t catch their show, be sure to check out their latest album titled Common Ground, dropping this Friday January 26. The 13-track LP is packed with vocal features, including from fan favorites Richard Bedford, Zoë Johnston, and Justine Suissa.

If you can’t wait, you can pre-order digital copies, CDs or vinyl packages on their website.

Also, don’t forget to catch their film  ‘Above & Beyond Acoustic: Giving Up The Day Job’, releasing in select theaters starting this month! The documentary spans from the first phase of reimagining their classics into acoustic form and leads all the way up to their presentation at venues ranging from the Sydney Opera House to the Hollywood Bowl.

Check out the trailer below and get ready for the release of this stunning documentary.

If you are interested in watching the documentary in theaters, check out their website for locations and tickets.