Above & Beyond Have Added Another Red Rocks Show

byJoseph C. Stranzl
Photo / Above and Beyond

About a month ago, Above & Beyond announced that they would be returning to Red Rocks once again to perform at the iconic amphitheater and to dish out their classic Anjuna beats. The electronic group had previously performed at Red Rocks back in 2019 to a nearly sold-out crowd, and now will hopefully be looking to repeat that same experience once again with the group’s latest Red Rocks announcement. Instead of just playing on Friday, October 22, the electronic group will now also perform on Thursday, October 21.

The dates for Above & Beyond’s initially scheduled date on Friday, October 22 sold out almost instantly, leaving the group no other choice but to host a second day. Tickets for Thursday, October 21 will go on sale this Friday, June 4 at 10:00 AM MT via AXS. Tickets will start at $65.

As of right now, no supporting acts have been announced as of yet, however, fans can sign up for news about Above & Beyond’s US tour dates by clicking here.

Tickets can be purchased by clicking here. 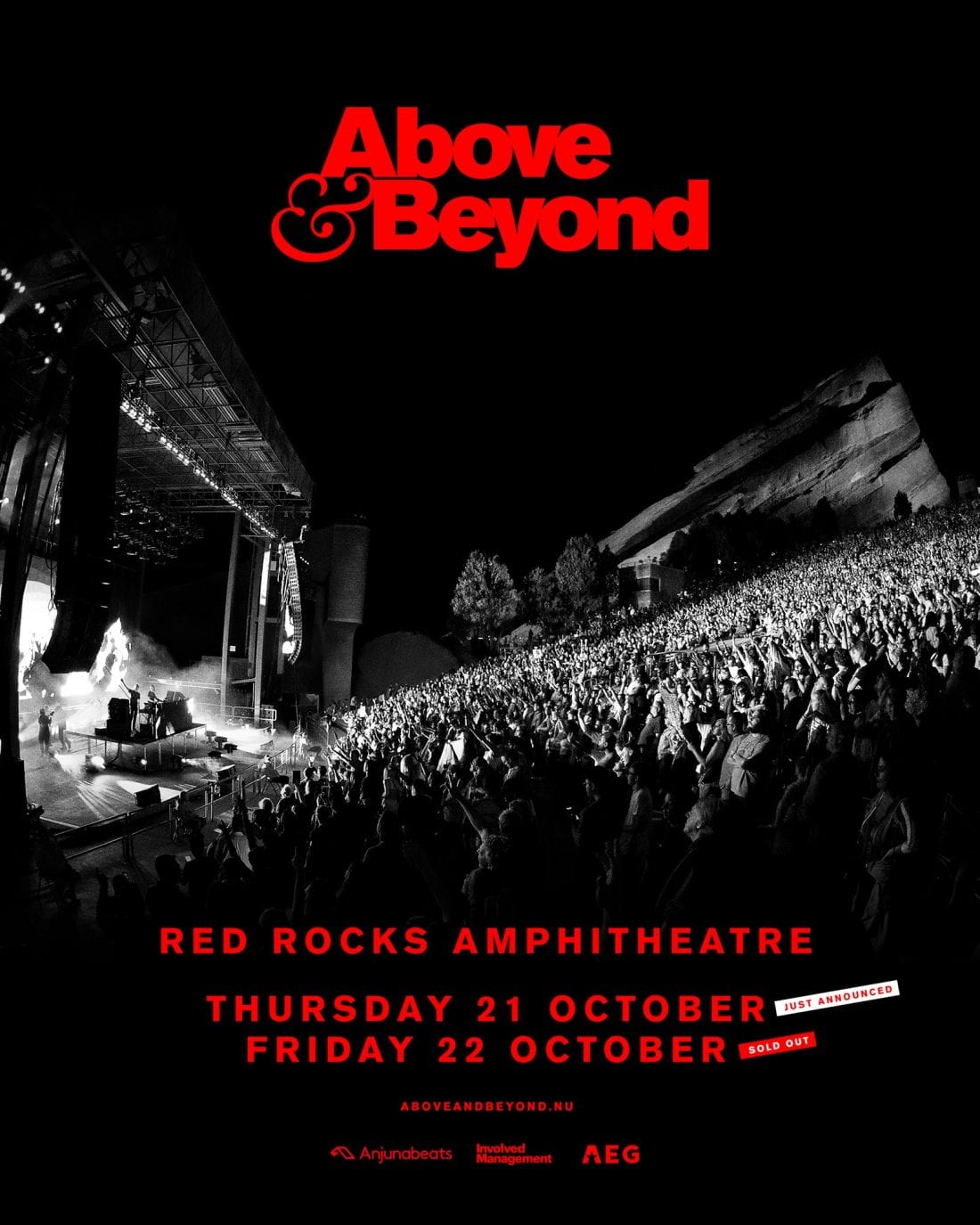 Black Coffee Returns To The Brooklyn Mirage On July 4