For almost two years now, the Ibiza summer season has been completely cancelled. The island known for days-long parties in sensational mega clubs has been all but deserted. Only now in the last days of the traditional season has the Balearic government allowed for events to resume as they normally would.

In light of this positive news, Amnesia has seen fit to host the “shortest but sweetest season ever” with two epic lineups.

The opening party will be heavy on the techno with the warehouse legend Answer Code Request and Berghain resident Ben Klock in the club, while funk masters like Skream and Jamie Roy dominate house on the terrace.

Closing out the season one day later are Ibiza favorites like Jamie Jones and The Blessed Madonna alongside heavy hitters such as Drumcode Boss Adam Beyer and the dance music polymath Deborah De Luca. 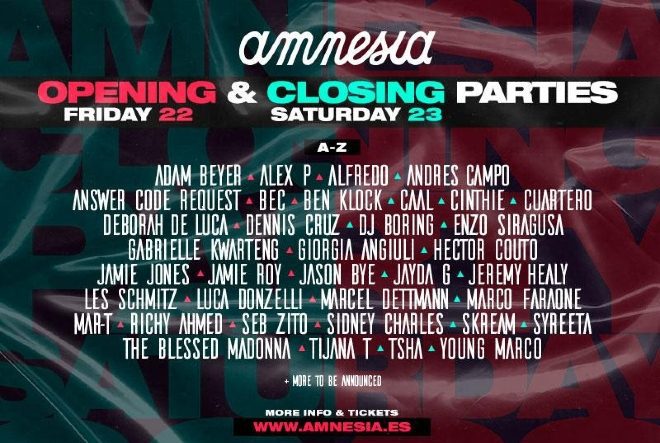