ARC Music Festival, a brand new house festival is set to take place in Chicago–the birthplace of house music, this Labor Day Weekend, September 4–5 2021. ARC is bringing a global dance party for an unforgettable weekend, featuring music from house and techno icons. Production and art will be top-notch with local and international influences extending beyond the music. Take part in the unveiling of a culturally infused and larger-than-life experience.

ARC will be the first of its kind in Chicago, bringing house music home to its roots. Gene Farris, DJ Heather, DJ Pierre, Derrick Carter, along with pioneers both in the Chicago scene like Hiroko Yamamura and the nearby techno scene of Detroit like DJ Holographic will bring familiar sounds. International artists such as ZHU, Eric Prydz, Bob Moses, and FISHER will round things out to make ARC a global dance extravaganza for house and techno lovers.

The inaugural edition of ARC will include four stage environments with a lot to explore in-between. The main stage, ‘The Grid’, will showcase talented street mural art. ‘Expansions’ will bring a unique convergence of digital and natural. Trippy Spanish party producers Elrow will takeover a multi-day stage with its ‘PSYCHROWDELIC TRIP’ production.

One of the most celebrated brands in the world, Elrow’s signature design will be a special and unique experience for all ARC-goers, adding Chicago to the list of worldwide annual events in Barcelona, Ibiza, New York, London, Dubai, Miami, Las Vegas, Sydney, and more key markets.

The GoodBus, an ARC Car Stage is a full-sized school bus converted into a bumping sound stage that will add 10,000 watts of speaker sound. This fully functional mobile stage will showcase some of Chicago’s favorite resident DJs such as Inphinity, Alissa.Jo, Alex Kislov, and more.

The lineup will host one of dance music’s most beloved artists Eric Prydz, as he takes over Chicago with all three of his renowned projects, making ARC the first event to host each of his alias’ in a single weekend. Attendees will be treated to festival sets from Eric’s namesake identity, the US festival debut of Cirez D, as well as his progressive house alias Pryda for a sold-out closing party at the new venue RADIUS only for festival-goers. 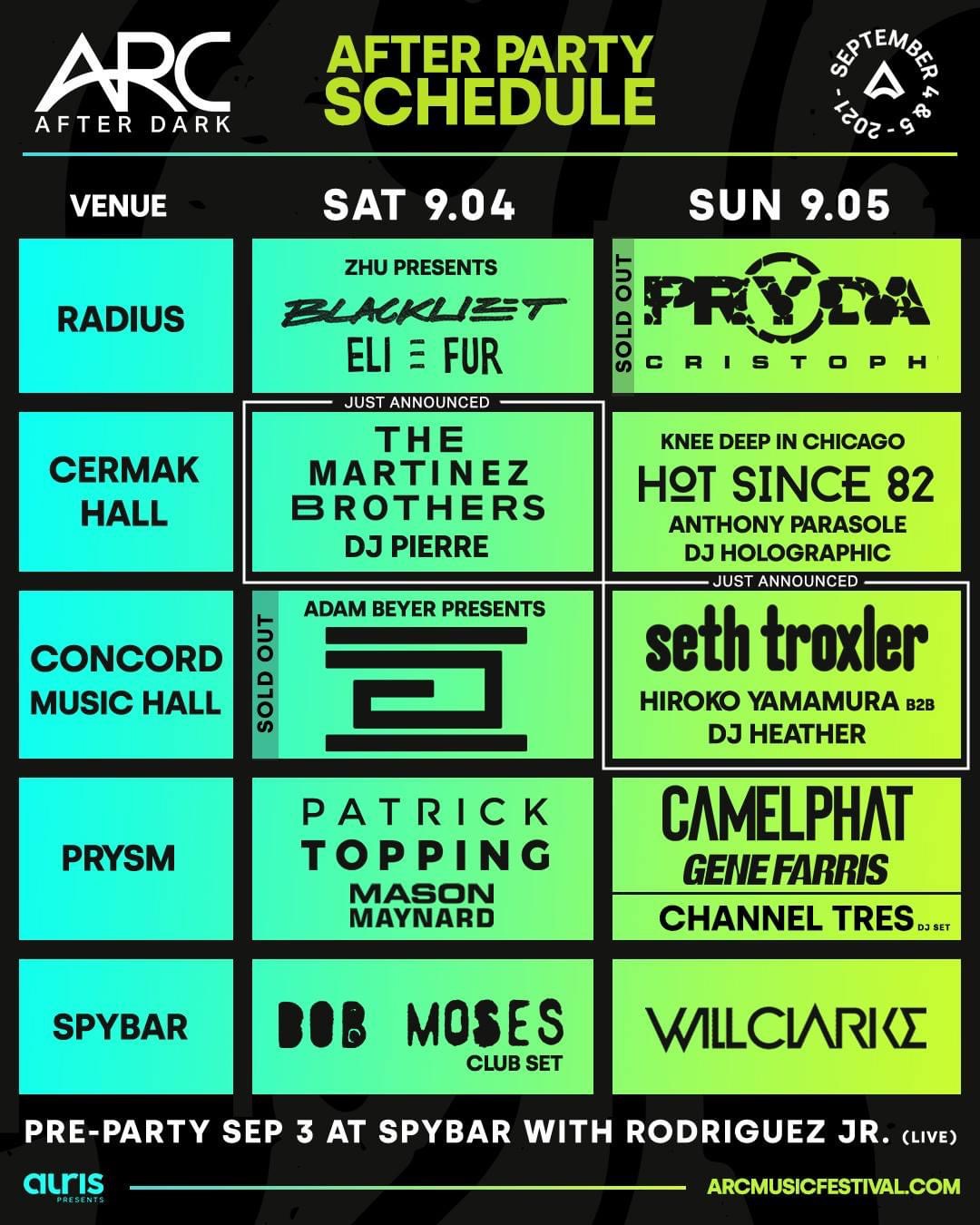 A diverse lineup of afters around the city will keep the beat going deep into the night. East Pilsen’s RADIUS will host ZHU’s special ‘BLACKLIZT’, Eli & Fur, and Pryda.

You don’t want to miss this immersive house experience in the heart of Chicago, where house music began. For more information and last-minute tickets, head to ARC’s official website.

Scottish Nightclub, SWG3, Will Use Dancers' Body Heat To Power The Venue