ARC Music Festival is set to take over the birthplace of house music in Chicago’s Union Park this upcoming Memorial Day Weekend from September 4-5. In addition to the festival’s previously announced lineup, the festival has added some new names for its Labor Day Weekend debut. New additions to ARC Music Festival’s 2021 lineup include Channel Tres (DJ Set), DJ Holographic, Lee Foss, Layton Giordani, Toni Varga, and TSHA. In addition to revealing the newly announced artists, ARC also revealed that it will have an ARC Car Stage that will be powered by The GoodBus which will feature Chicago residents.

The GoodBus is a full-length school bus that has been converted into a fully functional mobile sound stage with a 10,000-watt speaker system. The stage will host a few of Chicago’s most loved residential DJs including Alissa.Jo, Alex Kislov, Inphinity, and more. The rest of ARC Music Festival’s lineup includes the biggest names in house and techno and will include performances from all three alias’ of Eric Prydz, Adam Beyer, Fisher, The Martinez Brothers, Meduza, and more.

Elrow will also be making its North American multi-day festival stage takeover debut with its newly announced ‘PSYCHROWDELIC TRIP’ production. Fans can expect to see precisely curated elements that will bring the birthplace of house music to life this upcoming September.

General tickets and VIP packages are on sale now at ARCmusicfestival.com. View the full lineup below. 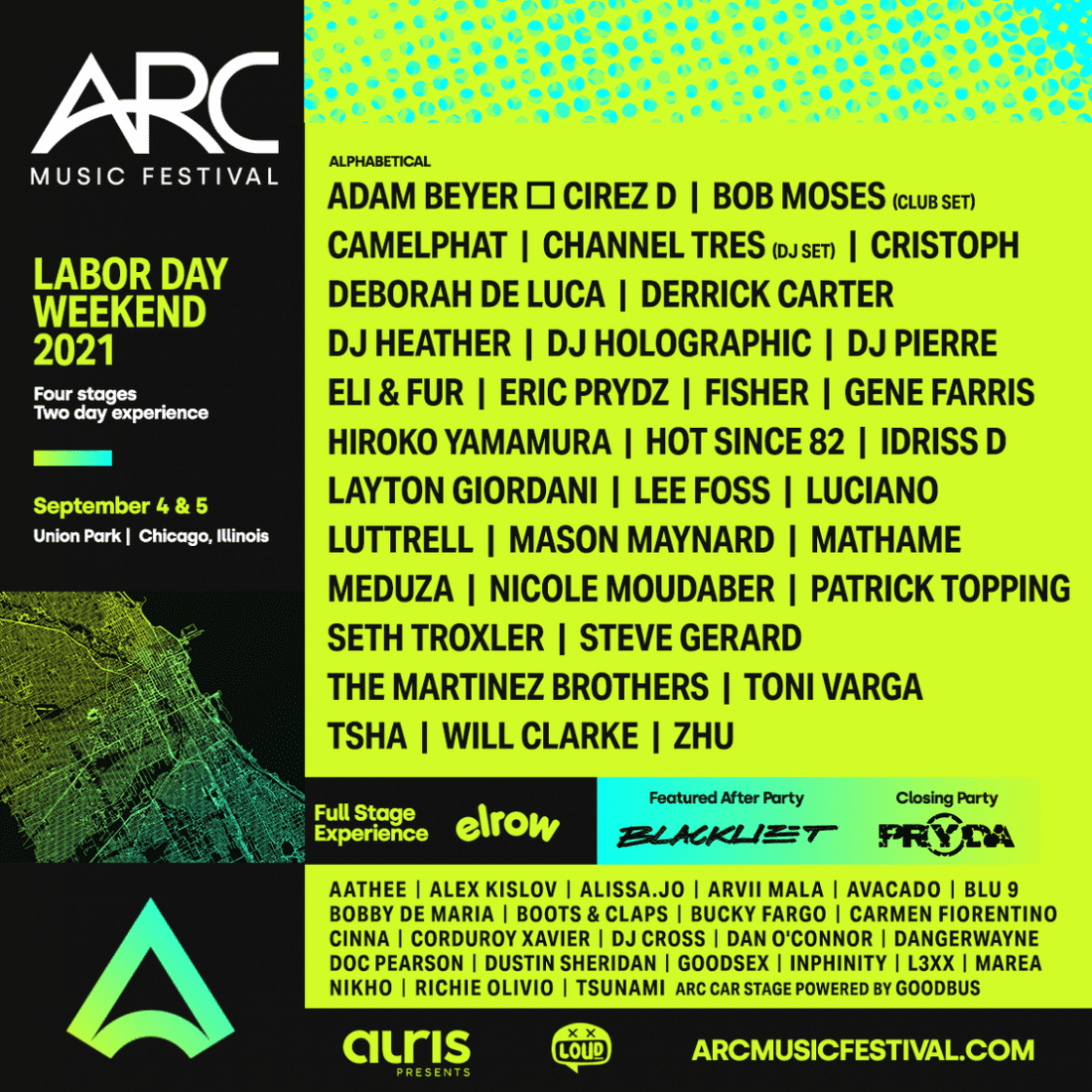 Want To Learn How To Shuffle? Check Out The Shuffle Shaper

Nightclubs In Spain Are Starting To Reopen