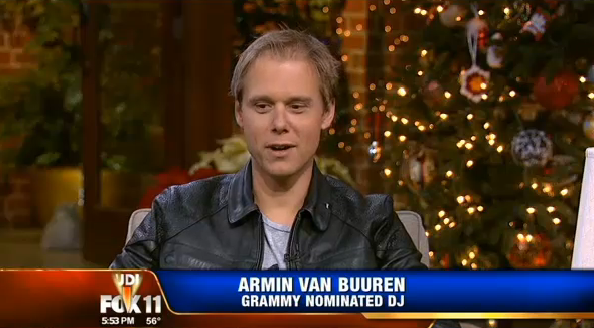 Shortly after his MEET and GREET with fans in LA, Armin appeared on a local TV news broadcast this afternoon. It’s always slightly awkward when the news reporters don’t know too much about about EDM and trance music, but Armin played it cool as he always does and humbly spoke about his upcoming US tour and Grammy nomination.

Check it out below!