Not only did Armin van Buuren announce that there will be a special celebratory weekend to celebrate the 1,000th episode of ASOT, but he also just reached over 50 million fans from 121 different countries. While reaching this milestone, Armin also announced the official anthem for ASOT 1000 and showcased the top 50 of the fan-voted ASOT Top 1,000. 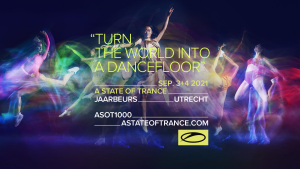 Dreamstate Europe Has Been Postponed To October 2021