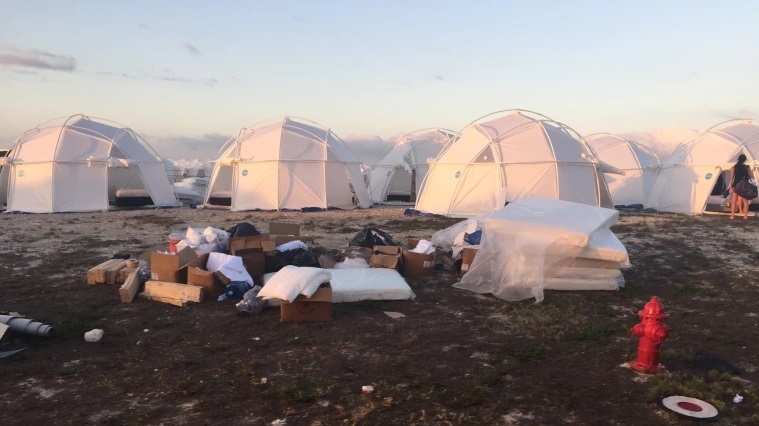 By now you’ve heard about the Fyre Festival fiasco in the Bahamas.

Well, according to TMZ, festival organizers Ja Rule and Billy McFarland have been banned from doing another festival on the islands. The website says a source at the Bahamas Ministry of Tourism will be creating a stricter vetting system for future festivals. It will check in with organizers multiple times during the planning process as well. The botched beachside festival could end up costing the island nation millions of dollars in tourism revenue.

This news comes as a $100 million dollar class action lawsuit has been filed against festival organizers. Festival attendee Daniel Jung filed the lawsuit with his attorney Mark Geragos. They claim a lack of adequate food, water, shelter, and medical care created a dangerous and panicked situation among attendees. The lawsuit states the festival was nothing more than a get-rich-quick scam from the beginning and was intended to fleece attendees for hundreds of millions of dollars by inducing them to fly to a remote island without food, shelter or water – and without regard to what might happen to them after the festival. More than 150 attendees are expected to join the lawsuit against festival organizers who are accused of fraud, negligent misrepresentation, breach of contract and other claims. Attendees paid between $5,000 and $250,000 for the “luxury music experience on a remote and private island in the Bahamas.”

Stay with EDM Maniac for the latest on the Fyre Festival fiasco.