NGHTMRE is set for their second show since the ever-present lockdowns began, this time collaborating with HELLO! Entertainment Group and DiscoDonnie Presents along with dubstep producer Kompany. The event, ironically titled No Parking On The Dance Floor, is scheduled for Thursday November 19th, 2020 at the Stars & Stripes Drive-In Theater in the Austin suburb of New Braunfels, Texas. This will be the largest electronic music drive-in event of its kind for the area, bringing out a diverse combination of bass, trap, dubstep, and future house.

NGHTMRE is respected worldwide with a wide, beloved fan base since rising to fame back in 2015 after Skrillex played his iconic hit track “The Streets” at Ultra Music Festival. Since then, NGHTMRE has become a staple at festivals across the globe in addition to securing residencies at major nightclubs including popular Vegas hotspot Hakkassan. In addition to joining Diplo’s label Mad Decent, NGHTMRE partnered with acclaimed duo Slander to create their joint label Gud Vibrations.

Kompany will be taking the stage during No Parking On The Dancefloor to get the bass and dubstep vibes.  The Los Angeles-based producer officially joined the electronic music realm in 2016 after initially beginning his music career as a drummer. After attending fame music school Icon Collective (also attended by the likes of Jauz and Sullivan King), Kompany made the switch to electronic music elevated by his talent as a drummer that is regularly incorporated into his music.

Together, NGHTMRE and Kompany bring an incredible blend of trap, bass, future house, and dubstep to the stage for an evening of head-banging and shuffling. Combined with the production prowess of HELLO! Entertainment Group and DiscoDonnie, this drive-in brings together all the elements necessary for a truly epic showcase. As always with drive-ins, the event will follow social distancing guidelines. To score your tickets, head here…and make sure you avoid parking on the dance floor because we’ve got some dancing to do! 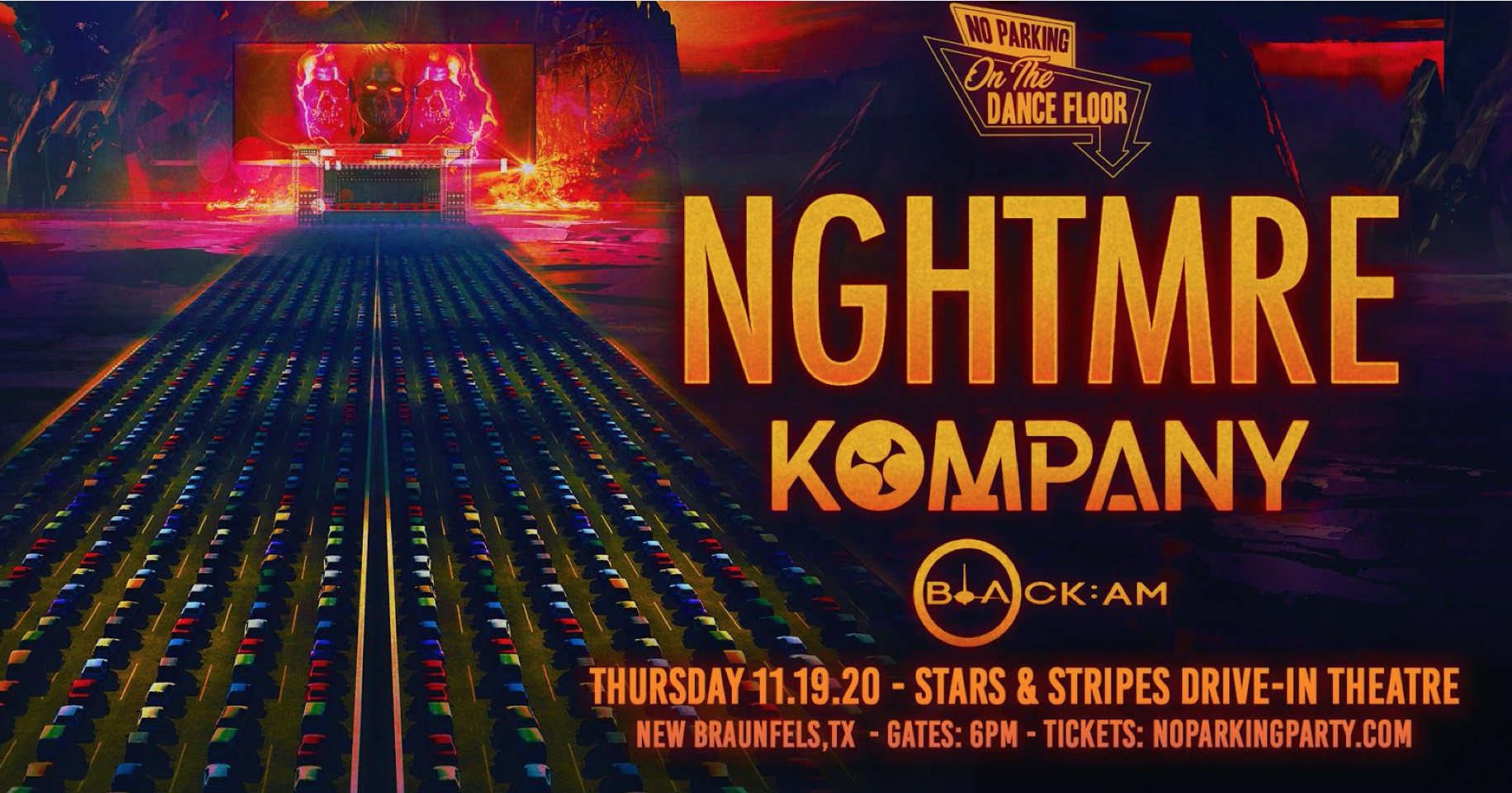 How Drive-In Raves Are Creating Safe and Exciting Environments