Anjunadeep breakout artist Ben Bohmer is taking live streaming to the next level with a performance scheduled from a hot air balloon this coming Monday. In a time where artists are constantly working to create exciting new live stream events for fans, many have taken to performance from the back of boats going down European rivers, on top of yachts, and from a helicopter. The announcement by Ben Bohmer to perform from a hot air balloon across the beautiful Turkish skies is one of the most unique twists on the live stream circuit yet.

The Berlin-based producer has already made waves through the electronic music industry over the last year, earning recognition from Annie Mac and Pete Tong. The 2020 year has already been a huge one for Ben Bohmer, with over 50 million streams and support from BBC1 Radio. Earlier this year, Ben released his latest EP with a remix of his original studio album ‘Breathing’ via Above & Beyond’s label Anjunadeep. During his performance next week in Turkey, Ben is set to perform several exclusive tracks including “Cappadocia” which was created exclusively for this event.

The hot air balloon will carry Ben over the renowned city of Cappadocia, know for its gorgeous sunsets and captivating city skylines. The event is supported by Turkey since Cappadocia is recognized as a UNSECO (United Nations Educational, Scientific, and Cultural Organization) World Heritage Site due to the rich history of the city. The performance will place on Monday, August 31st, 2020 at 10PM PST via the official Cercle Youtube. Mark your calendars and get ready for this incredible event! 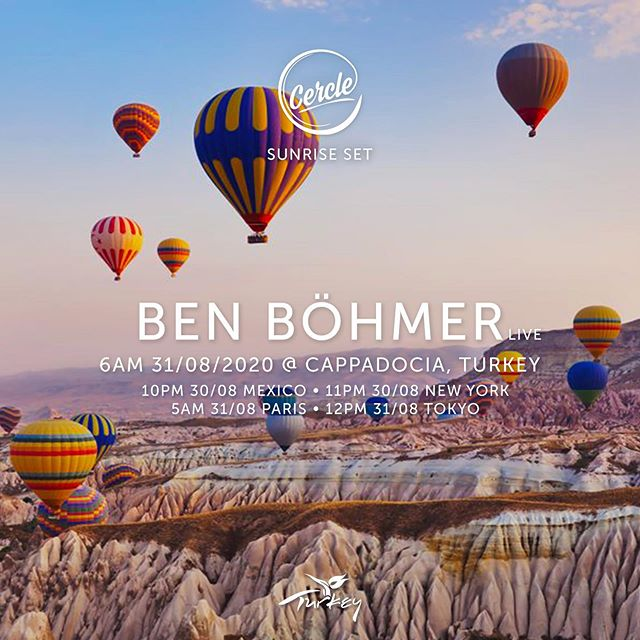 Raves And Festivals Up To 5,000 People Are Now Allowed To Return In France