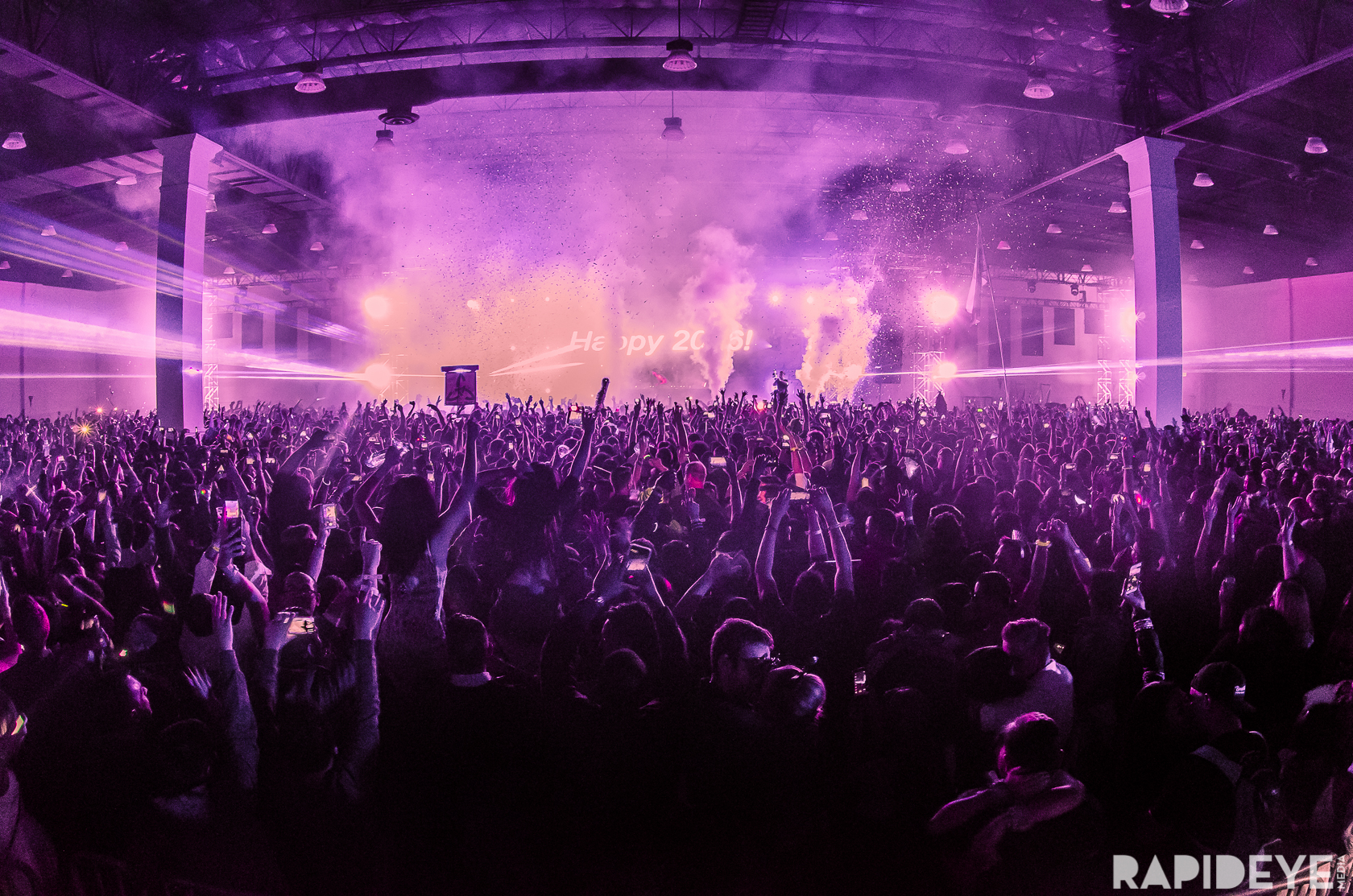 What did you do to ring in the new year? I spent the final hours of 2015 at INFINITY NYE in San Diego. The event was held inside ballrooms at the Town & Country Resort and put on by Eventvibe.

We arrived around 2pm and waited about 10 minutes in the hotel check-in line so we could get the key to the hotel room. The hotel room was well, very old. It was like walking into your grandma’s house…ancient furniture, strange paintings and not many frills. It was ok, as I wouldn’t be spending too much time in my room. I booked a room on-site because I liked the ease of walking from the room to the event. This means no Uber or Lyft!

We then walked around the resort because there was supposed to be a pool party taking place at noon. By  3pm, the music still hadn’t started. I also noticed the line to check-in was growing..and growing. Around 6pm, it was taking people over an hour to check-in. By 8pm, our friends had been waiting in line for over two hours. I was surprised to see the long line of people extending across the parking lot, as people braved the cold temperatures. More surprising – the lack of staff helping out with this process. It seemed like the staff was overwhelmed and was behind in setting up everything.

We got our passes around 9pm and made our way into the venue. The massive on-site convention center featured a number of ballrooms and areas for you cruise around. We spent most of our time in the two large rooms: The Galactic Bass stage and the Infinite Stage (main stage).

Our group got the party started with the boys of Bad Royale in the Galactic Bass stage. The set up here was good…some giant LED screens and lights. Nothing too fancy. From there, we headed into the Infinite  Stage. This was our home for the rest of the evening. The set-up was much bigger and better at this stage. It felt more like a rave to our crew. Johnny Rayburn, Intraphonic, Michael Woods and Above & Beyond were our soundtrack for the evening. Each artist was better than the next…adding to the NYE excitement. We rang in 2016 with Michael Woods, who threw down a vicious set that had everyone dancing! Above & Beyond then came on at 1am and played a fantastic 2 hour set full of feels. After having to deal with friends waiting in line for hours and lack of organization by Eventvibe, the music and ringing in the new year with some close friends was the true highlight of the evening.

Hopefully Eventvibe leaned a few lessons with this event and will be better equipped for their next party! They did a good job curating a good evening, it just needed to be executed properly! It will be interesting to see what else Eventvibe has in store for the future.

We reached out to Eventvibe and here’s what they had to say:

“We are working closely with the Town & Country Resort to insure that this does not happen again, as they provided the staff for the hotel check ins.  We apologies to anyone who had to wait longer than expected.  We tried sending an email to all hotel guests asking them to check in earlier, to avoid the predictably longer waiting times. Bottom line is we will address where the check in process backed up, and resolve it.”