The BPM Festival has unleashed its full lineup for their return to the blissful beaches of Tamarindo, Costa Rica in 2023 following a 2-year hiatus.

The award-winning underground dance music festival is making its comeback with 90+ artists scheduled over a five-day span, from Wednesday, January 25 to Sunday, January 29.

The lineup is showered with an assortment of celebrated names in house and techno such as  Audiofly, Brooklyn-based artist Bedouin, and top Detroit techno producer, Carl Craig, to name a few.

The festival attracts people from all across the globe and partnered with TULU Travel to offer four and seven-night full-service accommodation packages. =Festival passes and hotel packages are sold separately.

Travelers to the festival are offered choices to stay in multiple locations positioned in the heart of Tamarindo. These stays are offered at Hotel Diria, an adults-only hotel called Jardin Del Eden, the Wyndhand, or at the Cala Luna.

Packages rage from $680 to $1655 per person and some features include roundtrip airport transfers, daily breakfast buffets, yoga classes, and more.  View packages available for reservation at bpmtulu.com.

Click here for tickets. View the full lineup below. 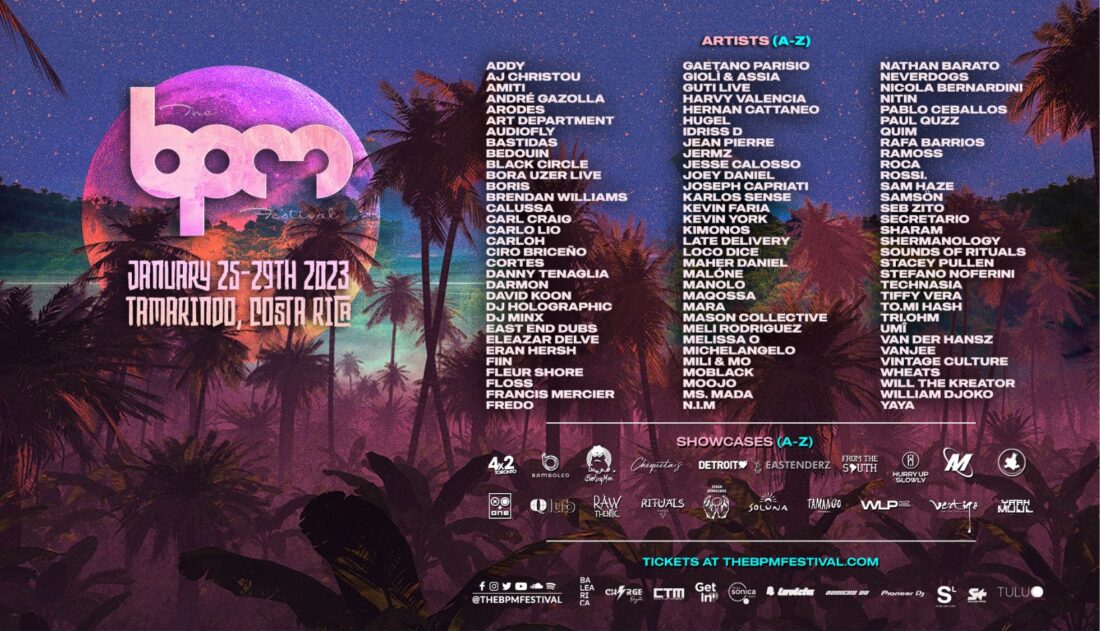 Lightning In A Bottle Shares 2023 Lineup Featuring Tale Of Us, Rezz, Zhu + More