Breakaway Music Festival has released its lineups for its 2019 festival season run, which will be touching down in Nashville, TN; Charlotte, NC; Grand Rapids, MI; and Columbus, OH this summer and fall. Committed to bringing together the best in rap/hip-hop and dance music, these lineups reflect that mission tenfold and already have us excited for what’s in store. 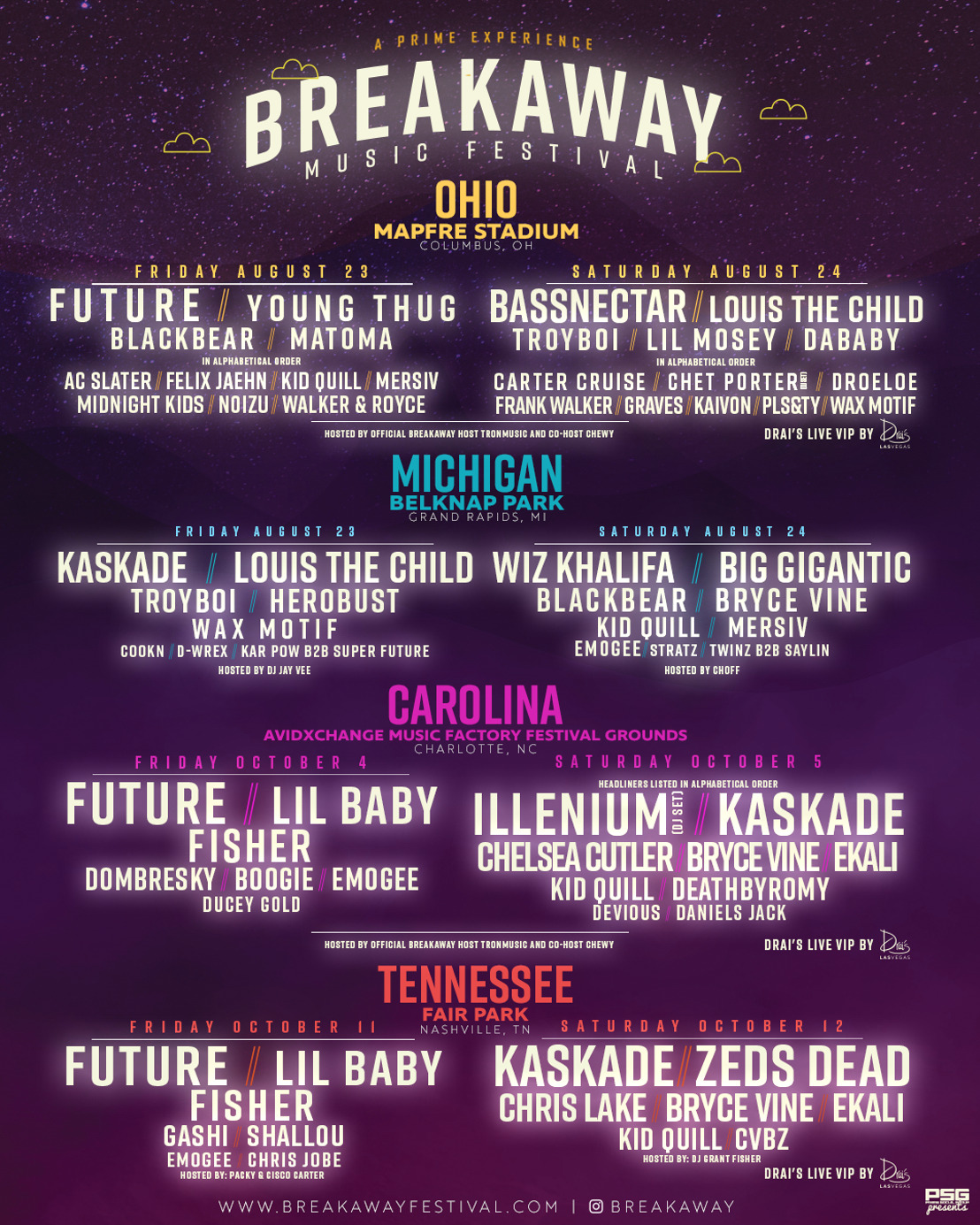 Also, be on the lookout for Drai’s LIVE VIP which will be popping up at each festival as the famous nightclub brings itself into the festival circuit to heighten the VIP experience.