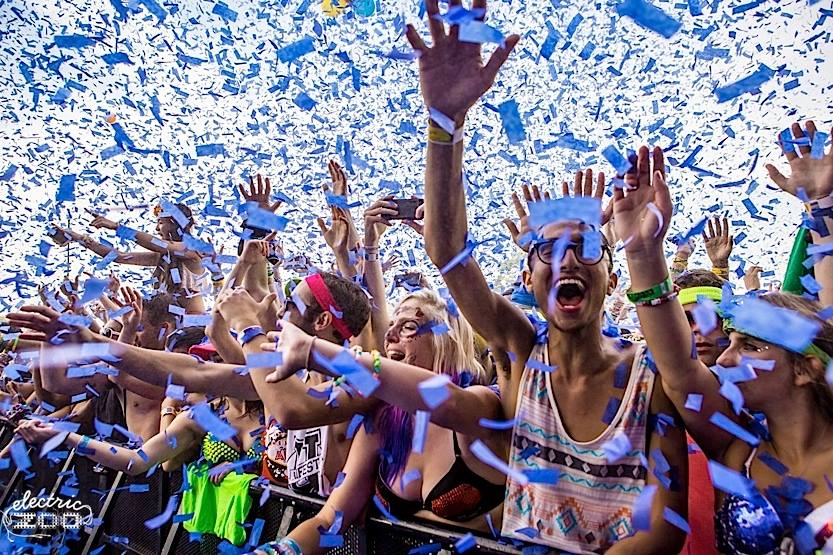 Water is necessary to live. That’s a fact. Without water you can become seriously dehydrated and who knows what. Over the years, many people attending music festivals have needed medical attention due to dehydration. Dancing for hours on end without water is not good for your body. That’s why festival-goers have been using camelbacks at festivals. They supply you with a larger amount of fresh water than a small plastic water bottle.

But Electric Zoo has decided to ban Camelbaks at the festival this year. This is the statement on the Electric Zoo Facebook page:

“CamelBaks present a safety issue and are prohibited, as they can easily be used to store illicit materials. Our number one priority is the safety and health of all concertgoers.”

The post also said that “free cups” will be provided at free water stations throughout the festival held at New York’s Randall’s Island Park on Labor Day weekend. CUPS. Yes, free cups for water. We just hope they aren’t Dixie cups and hope they have a great cleaning crew.

At least shell out one free plastic water bottle for each attendee. Tickets to this cost $369 for a three day pass. It’s not like Electric Zoo would be losing money by giving each guest a bottle of water. Besides, they can refill it at the water stations. According to Electric Zoo’s website, you cant even bring in your own empty water bottle to fill up once inside the venue.

We know promoters want to make money. They have contracts with vendors and need to pay their bills….but come on. This ban is a bit much. Whoever is deciding this ban, whether it’s the City or EZOO, an empty plastic water bottle or even an empty Camelbak won’t lead to long security lines, and its easy to feel and see if they are full. It’s going to be ridiculously hot as it normally gets after hours of dancing especially in NYC at the end of August. Lack of Camelbaks will lead to guests staying longer at a set WITHOUT water, because who wants to leave their favorite DJ, especially if you are front row?

The craziest part? According to EZOO’s 2014 map, there’s only two water stations and they aren’t in the most reasonable locations: 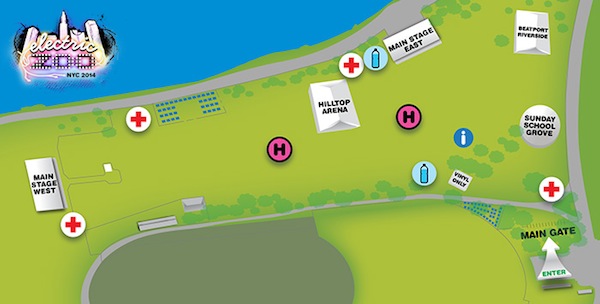 Speaking of DJ’s… Matt Zo got involved in the Camelbak Controversy on Twitter. He called the decision “disgusting”. He also said that backpacks to carry water are just going to turn everyone into “drug crazed zombies.” He then tweeted out he is requesting 200,000 camelbacks on his rider (haha).

Obviously he was trying to draw attention to the issue as too many people fall ill at festivals from dehydration. We applaud Matt Zo for taking a stand and hope that other artists follow in his footsteps.

An easy solution would be provide free water bottles to guests, or allow the use of Camelbaks. Designate a special security line for those with them so it won’t lead to a backup in the security lines. Hire a few more staff to do this and everyone will be happy – AND hydrated.

What are your thoughts on the ban at Electric Zoo? Let us know!