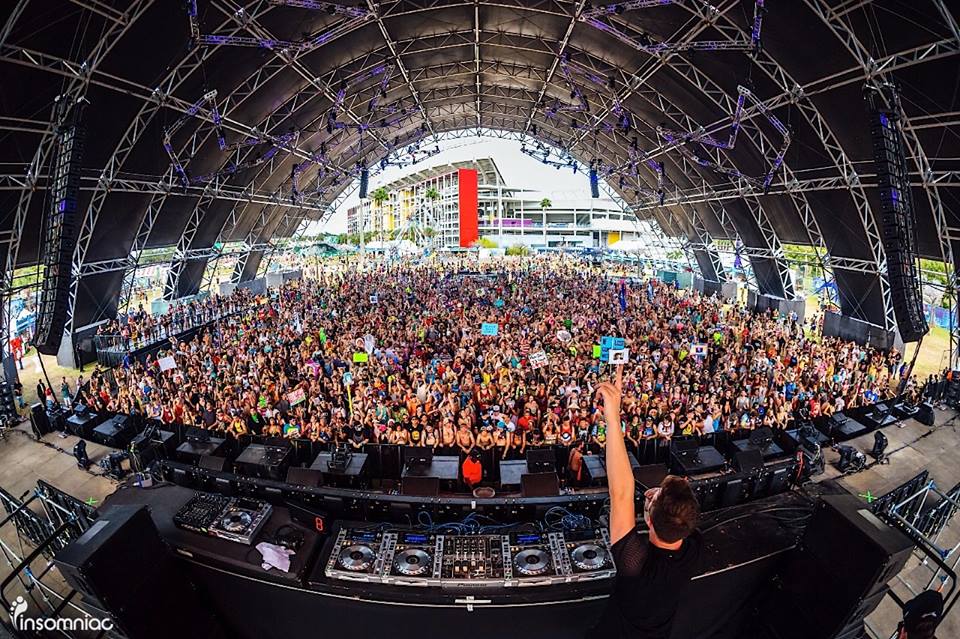 We are less than 100 days away from the start of Electric Daisy Carnival Las Vegas.

This year, the festival will be celebrating it’s 20th anniversary. EDC has come a long way over the past two decades. I remember raging at the NOS Event Center back in 2003. Back then, the party was held in the hangars – a far cry from what EDC looks like today. More than 400,000 people are expected to attend over the three day party, which is set for June 17-19 at the Las Vegas Motor Speedway. To celebrate this truly historic moment in dance and festival history, Insomniac Events has created the ultimate EDC playlist. This playlist highlights some of the most memorable tracks in dance music and EDC history.

Every Thursday leading up to EDC Las Vegas 2016, Insomniac will present a hand-selected playlist featuring the most influential artists in the dance music community. Curated by Insomniac CEO and founder Pasquale Rotella, alongside a team of Insomniac influencers, each playlist will be broken down by year and will feature the biggest, most pivotal tracks from each respective era. All told, a total of 20 individual playlists will reflect every year of EDC, starting from its debut in 1997 and counting down to EDC Las Vegas 2016.

Check out the playlist from 1997 here.

I just listened to the ENTIRE 1997 playlist and it’s fantastic. I started raving in 1998, so these tracks took me back…way back. I still have my vinyl record of Stardust’s MUSIC SOUNDS BETTER WITH YOU. What a classic! The playlist also features  tracks by Daft Punk, The Prodigy, The Chemical Brothers and more! If you are new to the scene, take a walk down dance music lane for this musical history lesson!

I’ll see you at EDC Las Vegas for the BIGGEST party of the summer! Tickets are on sale now! For more info visit: http://www.electricdaisycarnival.com.