As we enter the fall festival season, our calendars are now showing that Amsterdam Dance Event (ADE) officially less than a month away! When October 16th hits, ADE will take over the Amsterdam area for a week dedicated to dance music as one of the world’s largest festivals. ADE is an incredible event that brings together top local and international artists to curate a unique event that leaves attendees in awe each year. As the festival approaches, several events have been announced including the Verknipt showcase, a series with Heldeep Records by Oliver Heldens, and appearances by San Holo. 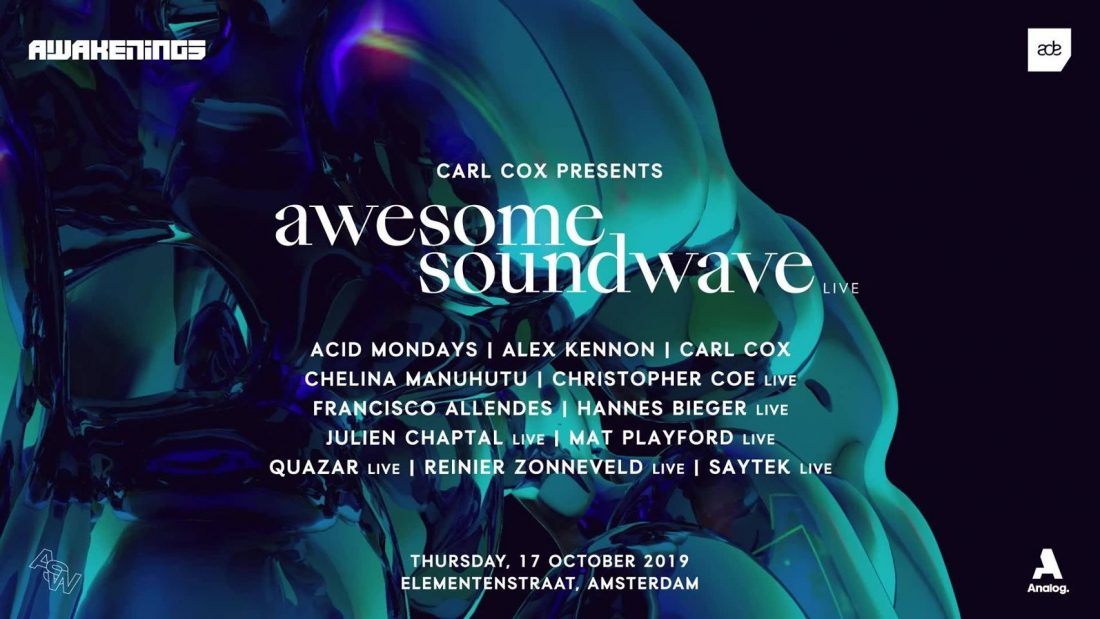 None other than Carl Cox will take the stage this October 17th, 2019 and will be hosting a special showcase for his label Awesome Soundwave. Carl Cox is a legend in the dance music world, having transcended through decades of house and techno music since the 1980’s. Still in 2019, Carl Cox continues his legacy as one of the most popular DJs and producers on the map. This makes for very exciting news for attendees and fans as the ADE festival approaches.

Along with Carl Cox, special appearances will be made by Christopher Coe, Hannes Bieger, Julien Chaptal, Mat Playford,Reinier Zonneveld,Quazar, Acid Mondays, Alex Kennon, and Chelina Manuhutu. For more information and tickets, visit here. Tickets will sell out quickly, so get them while you have the chance!