Carl Cox Is Coming To The Brooklyn Mirage!

Throughout the Fall of 2021, the techno titan himself, Carl Cox, has been playing huge shows in some of the biggest cities all over the world. His solo tour recently kicked off at The Drumsheds in London, and it will take him to Club Space Miami, Skylight Row Los Angeles, and The Brooklyn Mirage in New York City.

Since opening in 2017, The Brooklyn Mirage has become the centerpiece of dance music in New York. Hosting an open-air environment, the venue allows for maximum sonic versatility. Lee Burridge can host a serene All Day I Dream party just as well as Tale Of Us can erect the diabolical Afterlife experience (both of which have occurred multiple times at The Mirage).

On Saturday, October 9, however, Carl Cox makes his return to The Mirage for an epic closing set. As with the other shows on this recent tour he is bringing along a pair of top-notch opening acts. Local New York selector Charles Meyer will kick things off before the obscure minimalist Matthias Tanzmann hops on as direct support.

Limited tickets for Carl Cox at The Brooklyn Mirage have just been released! Purchase them here. 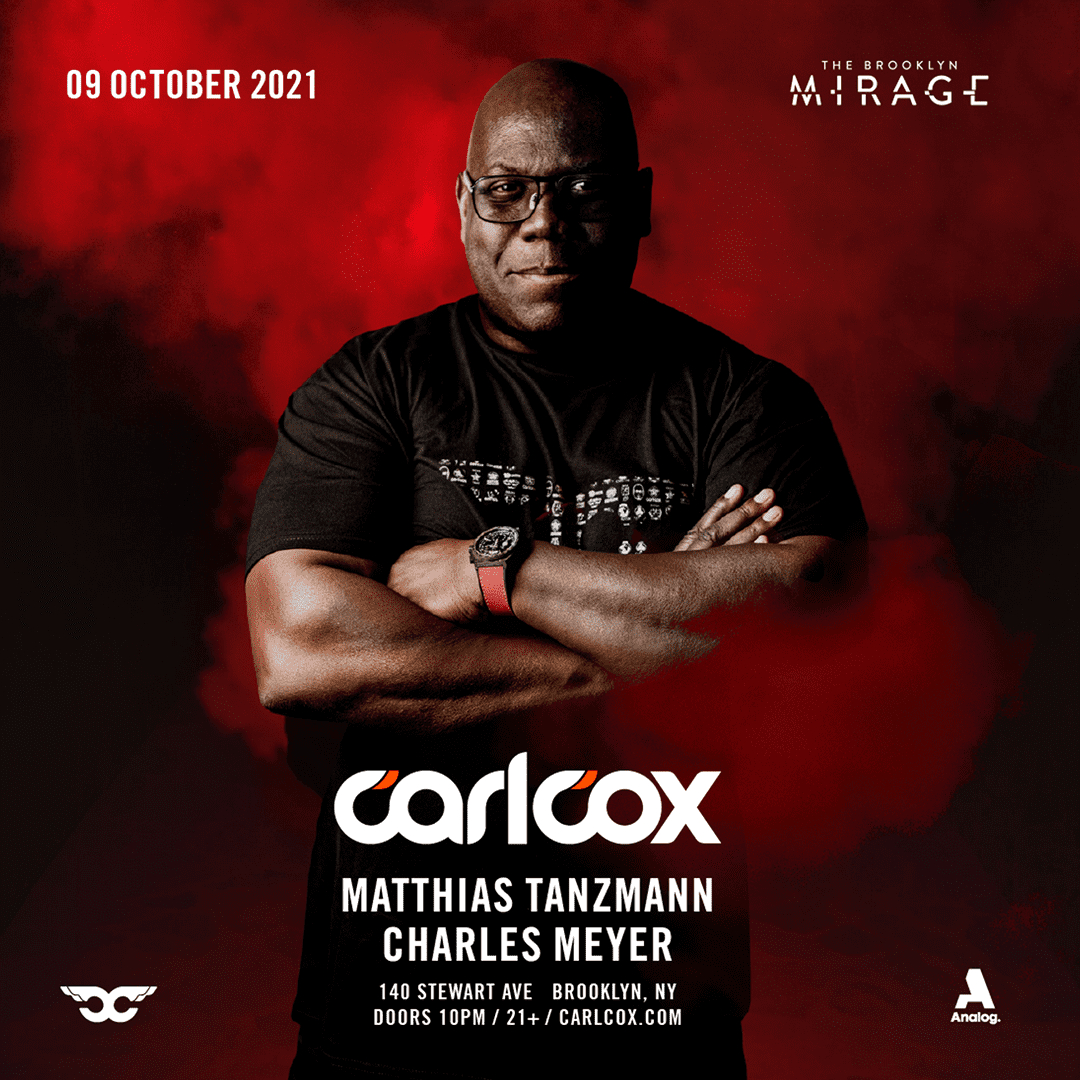