Carl Cox Is Back At EDC, And It’s A Big Deal

Legendary DJ and producer Carl Cox is back under the Electric Sky! As part of the biggest lineup and festival to date at Insomniac’s EDC Mexico next February, Carl is joining other techno heavyweights like Joris Voorn, Marco Carola, and many others.

As you may already know, Carl is the official global ambassador for Ultra’s house and techno brand, Resistance. He’s played a ton of Ultra events worldwide and had special dates in Ibiza this past summer. But since his time at Resistance, we haven’t seen Carl at EDC since 2015, and understandably so.

However, it looks like things have changed and Carl will now grace us with those infamous, salacious groovy vibes under the Electric Sky when EDC touches down in Mexico Feb 28+29+ March 1st, 2020. As a huge fan of Carl and Insomniac, this is such a welcomed addition to Insomniac’s usual roster.

While it’s a big deal that Carl is back at EDC Mexico, it’s an even bigger deal because we think that this all might be foreshadowing for something even bigger — Carl at EDC Las Vegas. Insomniac is known to book artists for multiple events as part of their agreements, and Carl’s booking at EDC could mean he will join us in Vegas for EDC Vegas 2020. While this doesn’t necessarily mean he will be at EDC Las Vegas, the chances are in our favor. What better way to celebrate the 10th year of EDC in Las Vegas than with Carl Cox?!

We can only take Carl’s upcoming appearance at EDC Mexico with a grain of salt, but it would be an amazing treat to see Carl in Vegas for the most anticipated EDC yet.

After all, tickets for EDC’s 10th year anniversary sold out in record time! That’s a reason to celebrate. You can check out the full EDC Mexico 2020 lineup below. 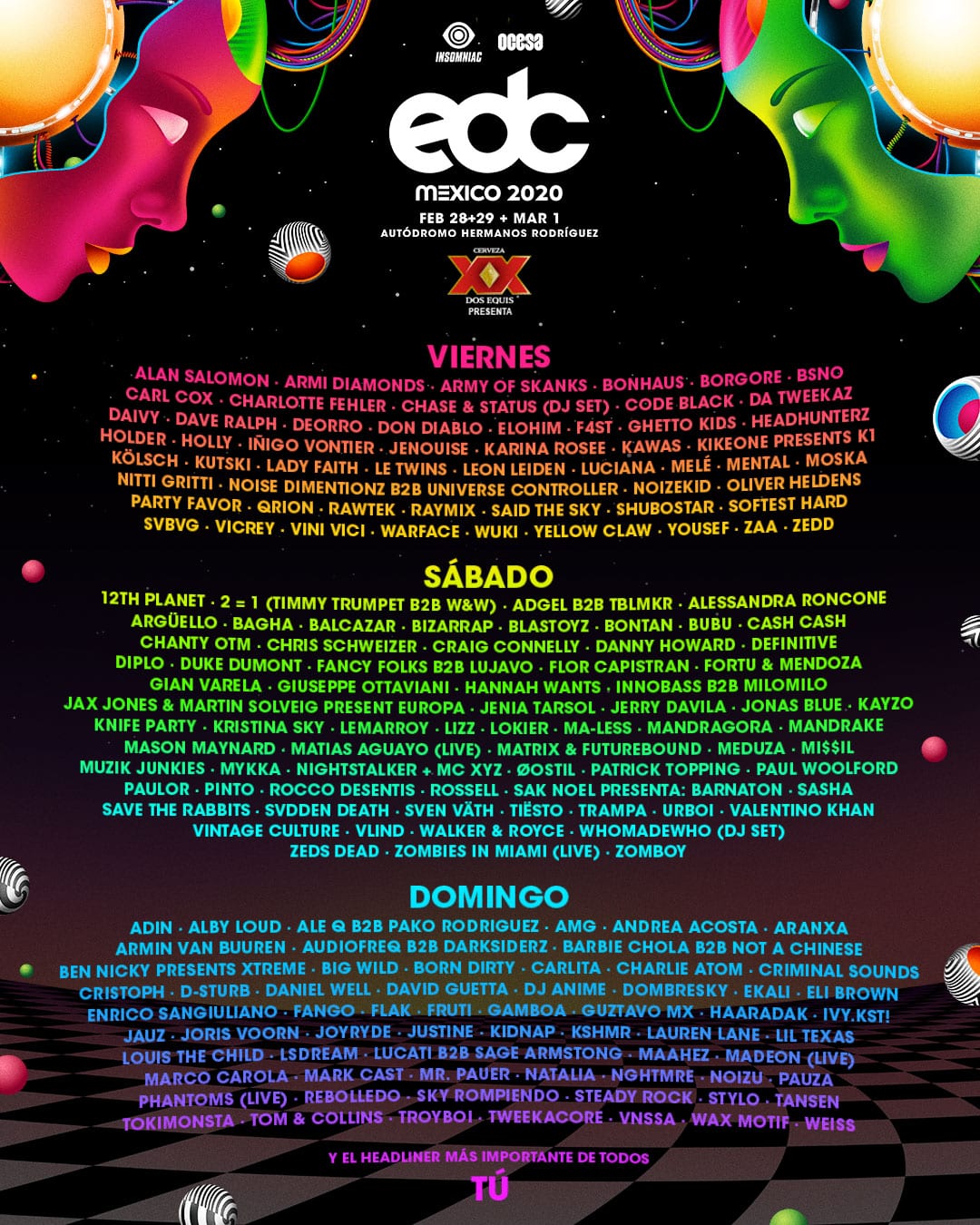