In partnership with Beatport and Qwest TV, an online music channel co-founded by the legendary music producer, Quincy Jones, Craig will host discussions with prominent thought leaders every week in February.

The month will culminate in a live-streamed DJ set from Craig and a series of African born artists from Constitution Hill in Johannesburg, South Africa, where they will be raising money for Bridges For Music, a charity bringing music to disadvantaged communities.

“It’s a great honor to return to South Africa and to perform in the motherland of my ancestors. The music I have been making, producing and performing for the past 30 years is an homage and continuation of what was born in Africa and runs through my blood here in Detroit,” says Craig.

Quincy Jones adds, “Constitution Hill is where my brother Nelson Mandela was imprisoned, and it tells an inspirational, yet painful, story of South Africa’s journey to democracy. With all its rich history, DJ Carl Craig has also chosen it as the location on which he will perform a unique DJ set on Qwest TV. He’ll be joined by a range of great African talent in celebration of electrotronic music, from Detroit to South Africa, in support of Bridges for Music, an absolutely wonderful initiative designed to educate kids through music. Keep on keepin’ on!”

View the full schedule of discussions and performances for All Black Digital below: 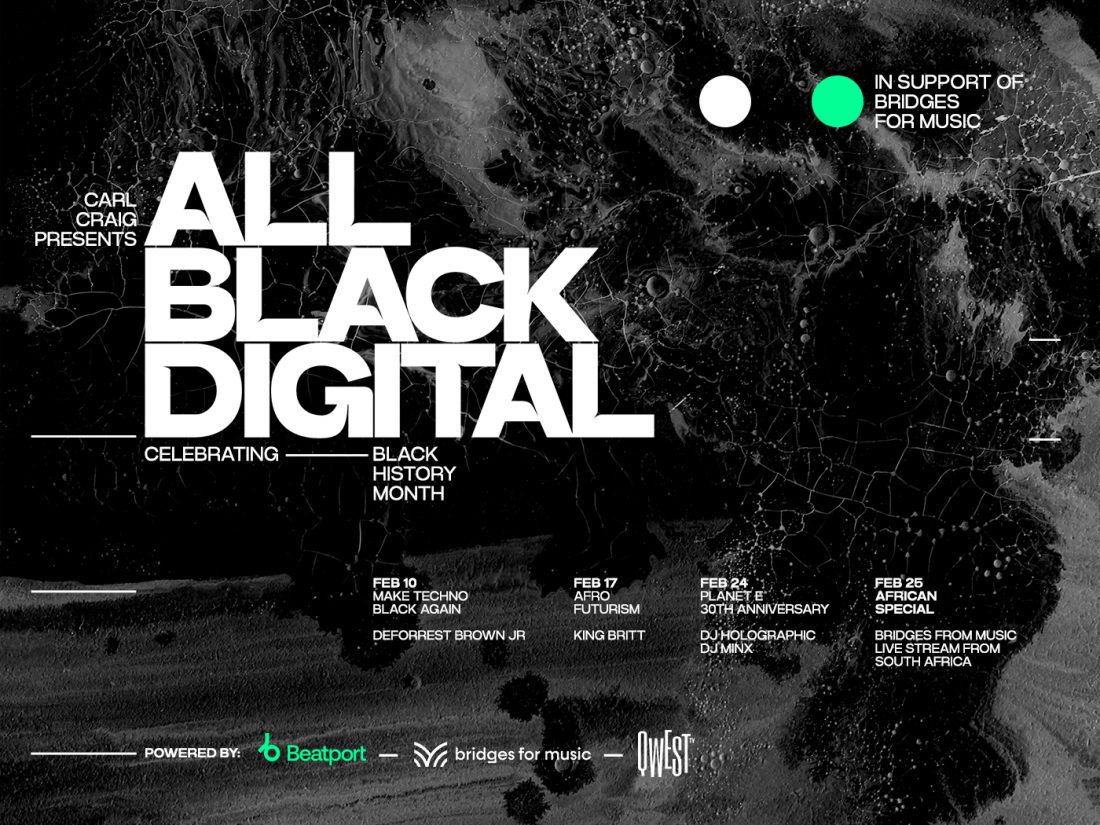