After over a decade of producing, touring, and performing,  Carnage has announced his retirement. His final tour, “Carnage & Rare Presents: Thank You”, will run 5 shows located in prominent cities that he has played throughout his career. The stops include Avalon in LA, one of the first locations to give him a headlining booking, and Webster Hall in New York, the venue that hosted his first sold-out show. Houston, Sydney, and the Gold Coast will be the last three stops for the farewell tour. 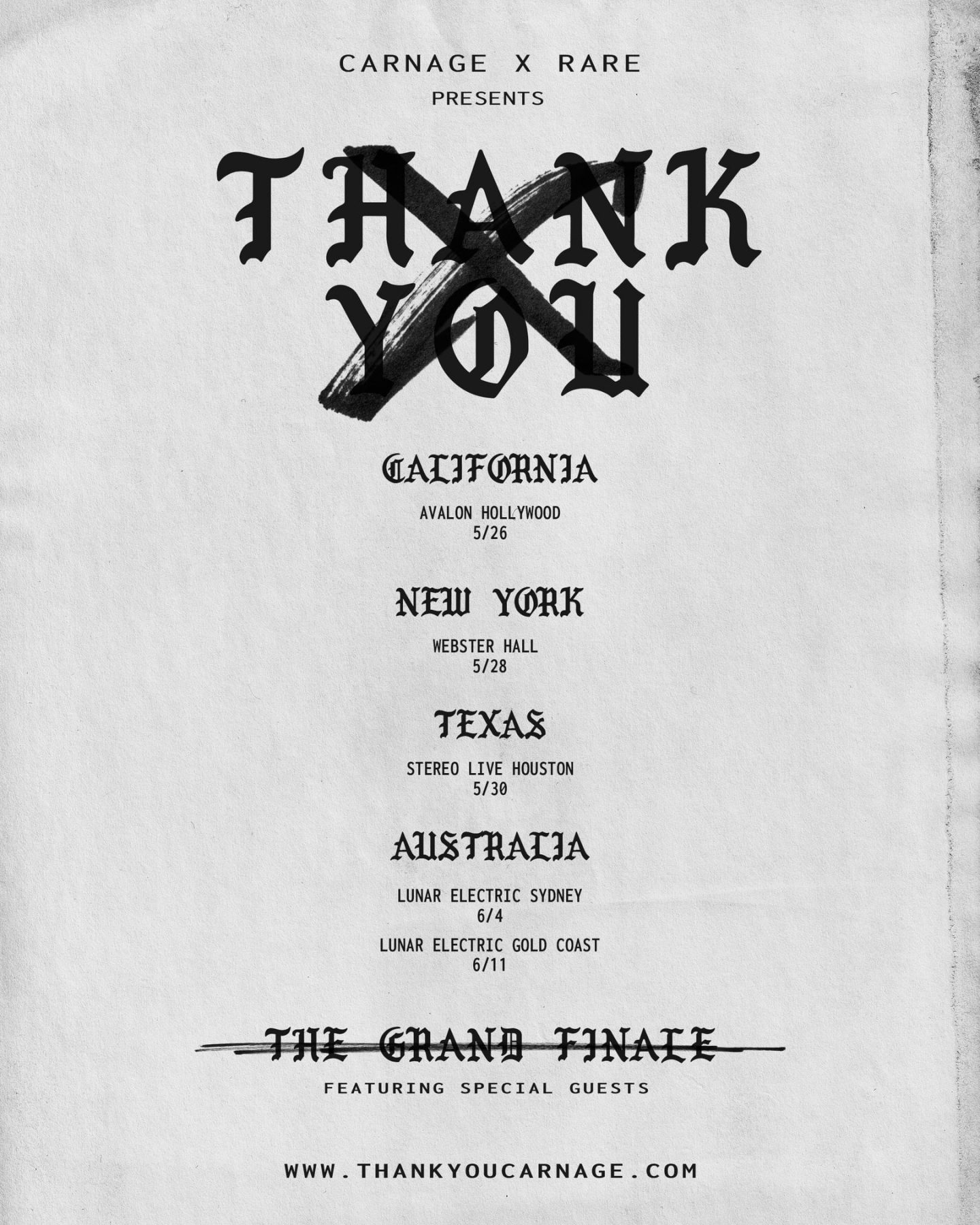 Diamanté Anthony Blackmon (the artist’s real name) grew up in Guatemala and came to the US at 10 years old. The artist said in a press release “The descendant of illegal immigrants, my family came to America to pave the way for a better life for me…Years of grinding trying to turn my dreams into reality, countless nights in the studio, sleeping on friends’ couches, scraping money together to get by.” Carnage has performed at several world-class festivals including Coachella, Lollapalooza, Ultra Music Festival, and Tomorrowland. He has also collaborated with the likes of Drake, G-Eazy, Migos, Mac Miller, and Steve Aoki. Don’t miss out on one last chance to see Carnage by getting tickets here.