Cercle, the globe-trotting creative platform known for bringing dance music to inimitable places around the world, has confirmed their next live stream event. Dutch melodic techno DJ, Colyn, will provide his captivating sounds at Jatayu Earth’s Center in Kerala, India, alongside the largest bird sculpture on Earth.

The giant sculpture depicts Jatayu, an avian demi-god who, according to the Sanskrit epic Ramayana, sacrificed his life in an attempt to save the goddess Sita. Upon losing a contest with the demon Ravana, Jatayu fell to Earth, where he would tragically perish, which is the image canonized by the statue.

Stemming from this story, Jatayu symbolizes the protection of women, their honor, and safety, and so to preserve the sanctity of this space, Cercle has requested the audience refrain from using drugs, alcohol, tobacco, and eating non-vegetarian food items.

The live stream will be filmed in front of the Jatayu sculpture beginning March 7 at 4:30AM ET. There is still a chance to purchase tickets to attend the stream IRL. Click here to register for tickets. 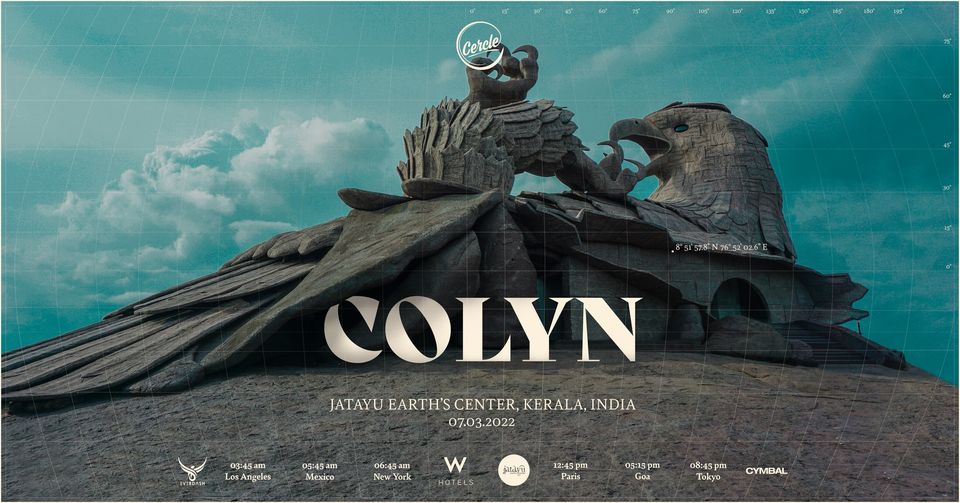