The time has come for Chris Lake to perform at Los Angeles’ Shrine Expo Hall this summer. Not only that, but the British DJ will be performing on back to back dates to accommodate the numerous requests he has received regarding a performance in Los Angeles. The show will be 18+ and will be supported by both Goldenvoice and Sound and will be called, ‘Love Is Just A Drug From God.’

So far, there have not been any supporting acts announced for Chris Lake’s two-day Los Angeles stint but we are expecting a massive lineup to be released within the next few weeks. A couple of weeks ago, Chris Lake and Fisher announced a very special Memorial Day Weekend takeover in Arizona which featured supporting acts such as John Summit and Dani Deahl. While the lineup for Chris Lake’s outdoor Shrine Expo Hall has not been announced yet, we are hoping it will look similar to the lineup announced for Arizona. 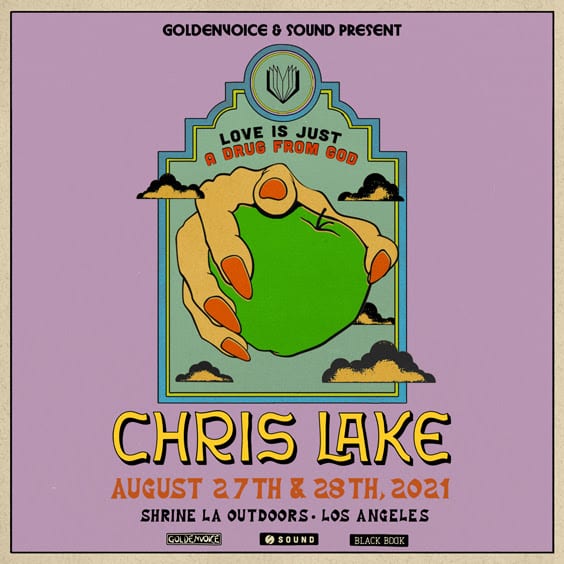