One of Ibiza’s craziest party hosts, Circoloco, is coming to New York for a Halloween event that would excite even the most veteran Balearic partier.

In partnership with Teksupport, Circoloco is bringing several spooky surprises for one night on October 28-29. The lineup includes German producers &ME and Rampa for a B2B set, along with Hï Ibiza residents and Circoloco favorite The Martinez Brothers. October 29 heats up with the addition of Bedouin, DJ Tennis, and Seth Troxler.

Circoloco is known for its exceptional parties filled with high energy and incredible talent. The brand has been crafting transcendent events for 20 years, helmed by Italian promoters Andrea Pelino and Antonio Carbonaro. Since 1999, their functions have traveled around the world with multiple club residencies and festival takeovers. 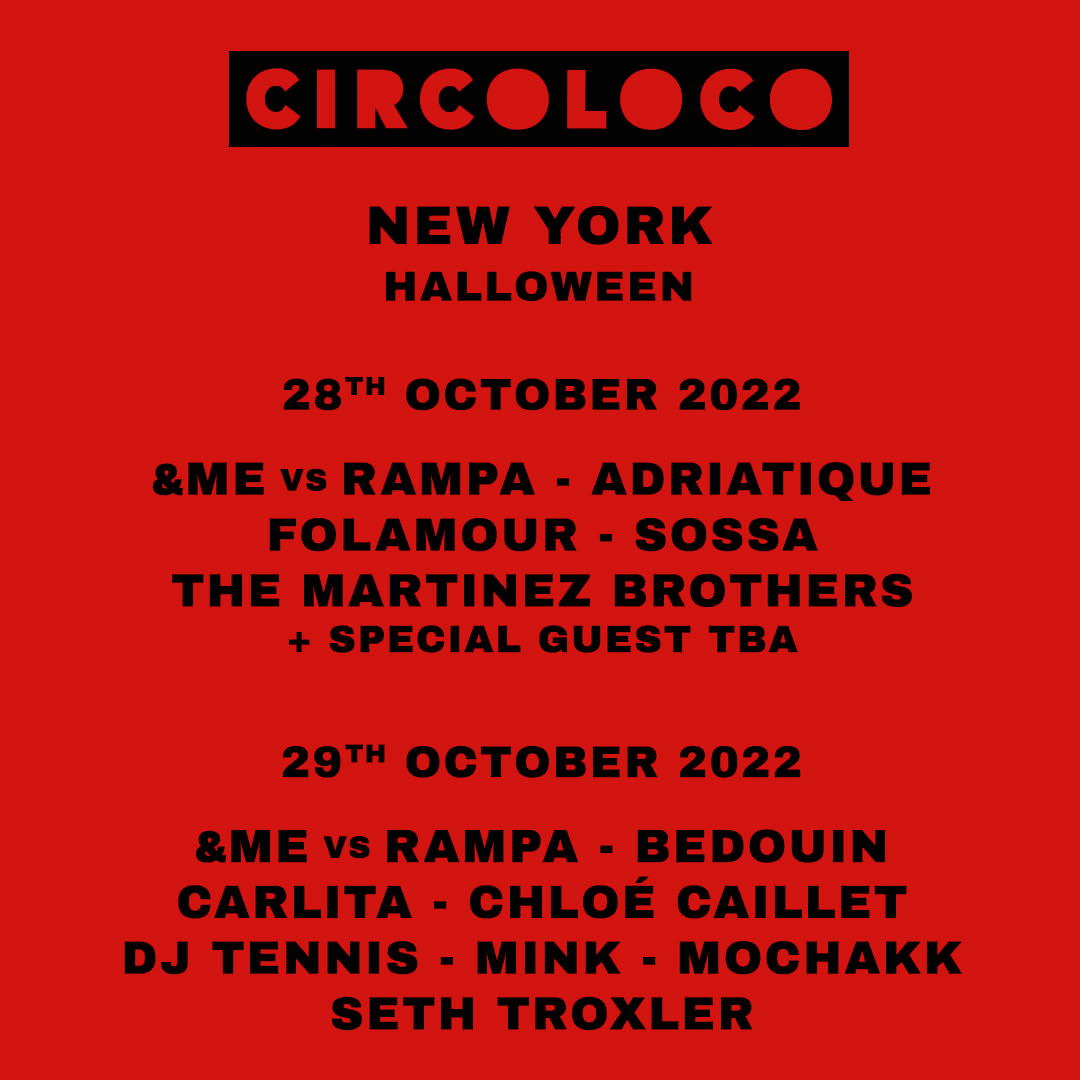 6 Artist To Add To Your Schedule For Nocturnal Wonderland 2022