Leading New York City event curators The Cityfox Experience is returning for The Cityfox Halloween Festival this October 27th. They had an incredibly successful summer as they hosted house and techno’s best at the outdoor paradise, The Brooklyn Mirage.

The All Hallow’s Eve festival will transform the multi-floor Avant Gardner into the spookiest destination. There will be four elaborate stages as well as a downtempo lounge which will span over the entire city block. The state of the art production will be hosted by Reynard Productions ( the team behind Cityfox). Artists like Lee Burridge, DJ Tennis, and Bedouin are just some artists that are set to perform for one magical night in Brooklyn. 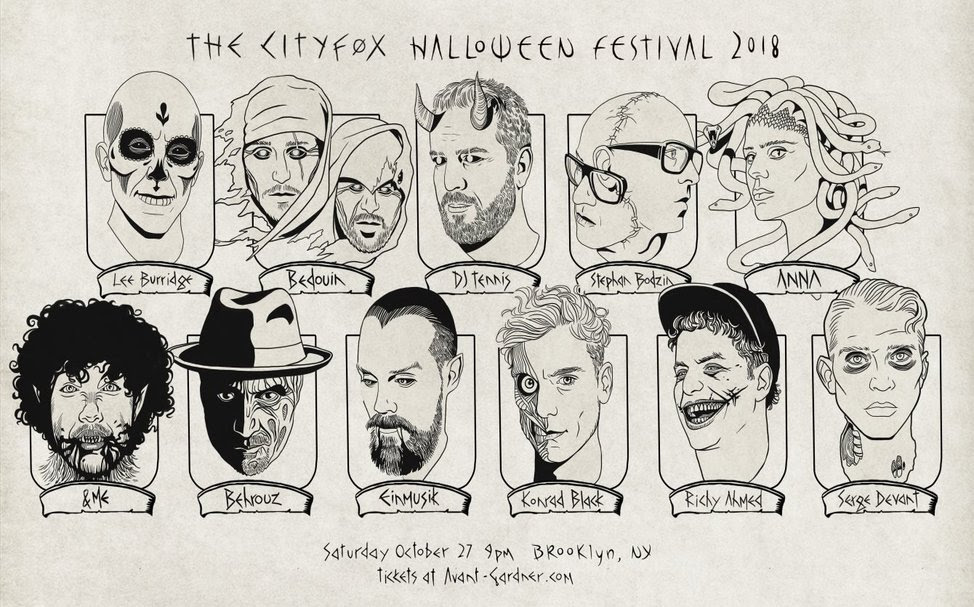 As there have been multiple large venues such as The Brooklyn Mirage, The Kings Hall, and the Great Hall, the Avant Gardner will come stacked with crystalline KV2 Audio, lasers, visual projection mapping, and atmospheric installations. They claim this will be their most impressive production to date and will surely sell out.