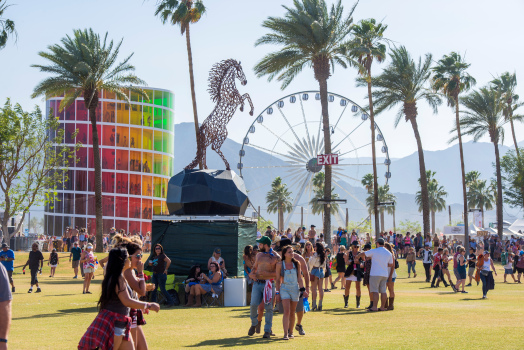 Coachella 2020 is Likely to be Cancelled

Many people were shocked when America’s biggest music festival, Coachella, announced its postponement from April to October. What’s even more devastating is that the possibility of Coachella happening in 2020 is still in question.

Boasting a lineup including big names such as Travis Scott, Frank Ocean, Lil Uzi Vert, Calvin Harris, Disclosure, Flume, Griz, and Lana Del Rey, Coachella was one of the most anticipated events of the year. Held in the desert of Indio, California, the festival presented by Golden Voice draws in over 200,000 music fans of all genres from all over the world every year.

However, with more and more information being learned about the novel coronavirus, the likelihood of such a large scale event happening in the near future doesn’t look so good. Even with businesses reopening, the CDC is still imposing measures for people to wear face coverings and to stay 6 feet apart in public spaces. Furthermore, the death toll in the United States has surpassed 100,000, and new cases are being reported daily. The risks of public gatherings continue to outweigh the benefits, so festival planners are already beginning to talk of waiting until next April 2021.

Although Golden Voice has not yet made an official announcement, sources that ask not to be named have revealed that the team is already asking headliners to commit to performing next year instead (some of which have confirmed, some who haven’t due to health and financial reasons). Some of the initial 2020 performers have not been invited to the 2021 lineup at all. Until Golden Voice is able to settle financial issues like insurance, confirm artist attendance, and get the okay from local health officials, the chance of Coachella in 2020 is still uncertain.

Of course, we are glad that the safety of everyone is of the highest importance. However, with fall festivals now being potentially cancelled, who knows when the next festival will take place for sure.