In recent news, it’s been declared that Sven Vath has announced that Cocoon Ibiza is returning to it’s infamous home, Amnesia this summer. As it’s been located at Pacha for 18 months, this miraculous event will return home for ten Mondays from May 27th to September 30th  for it’s 20th anniversary. See the dates below. 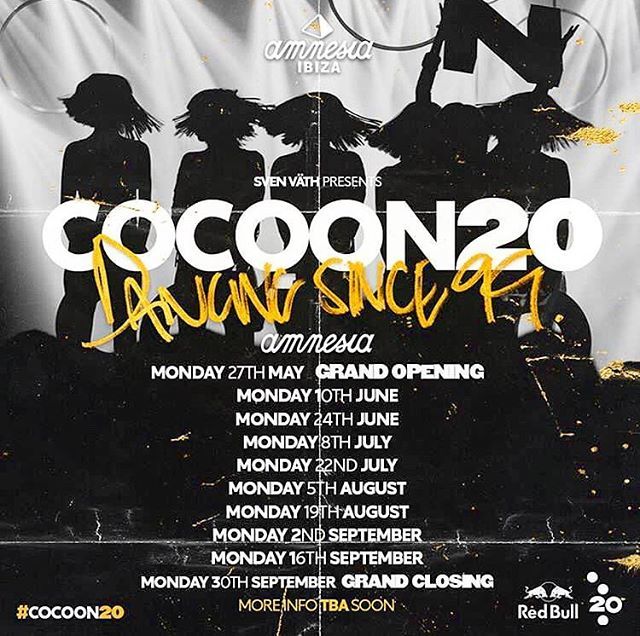 Vath is among one of the names that will be playing Ultra Miami later this month as well as Tomorrowland in the city of Boom in July. Unfortunately, Amnesia had its license temporarily suspended by San Antonio council. We can’t to see the new memories that are bound to be created.

Check out the Aftermovie below.