The lineup for the Fall 2022 edition of CRSSD just dropped and it’s absolutely wild. On September 24-25 San Diego will be treated to sets by Jamie XX, Fatboy Slim, Testpilot, and Richie Hawtin.

Reinier Zonneveld will also perform a very special and rare live set. MK, Sonny Fodera, and Dom Dolla will also be spinning along the waterfront.

CRSSD is a festival held twice a year by the San Diego-based event company, FNGRS CRSSD, which also hosts house and techno event year-round in the San Diego area.

Recently Franky Wah, another name on the CRSSD lineup this fall, played a 4-hour set right by the beach. The DAY.MVS.XL festival, a smaller festival held by the company, will be from August 6-7 and features names like Eric Prydz, Duke Dumont, and Purple Disco Machine.

Presale for CRSSD Festival Fall 2022 begins Tuesday, June 28th at 12 PM PST and payment plans will also be available. Click here to sign up and check out the full lineup below. 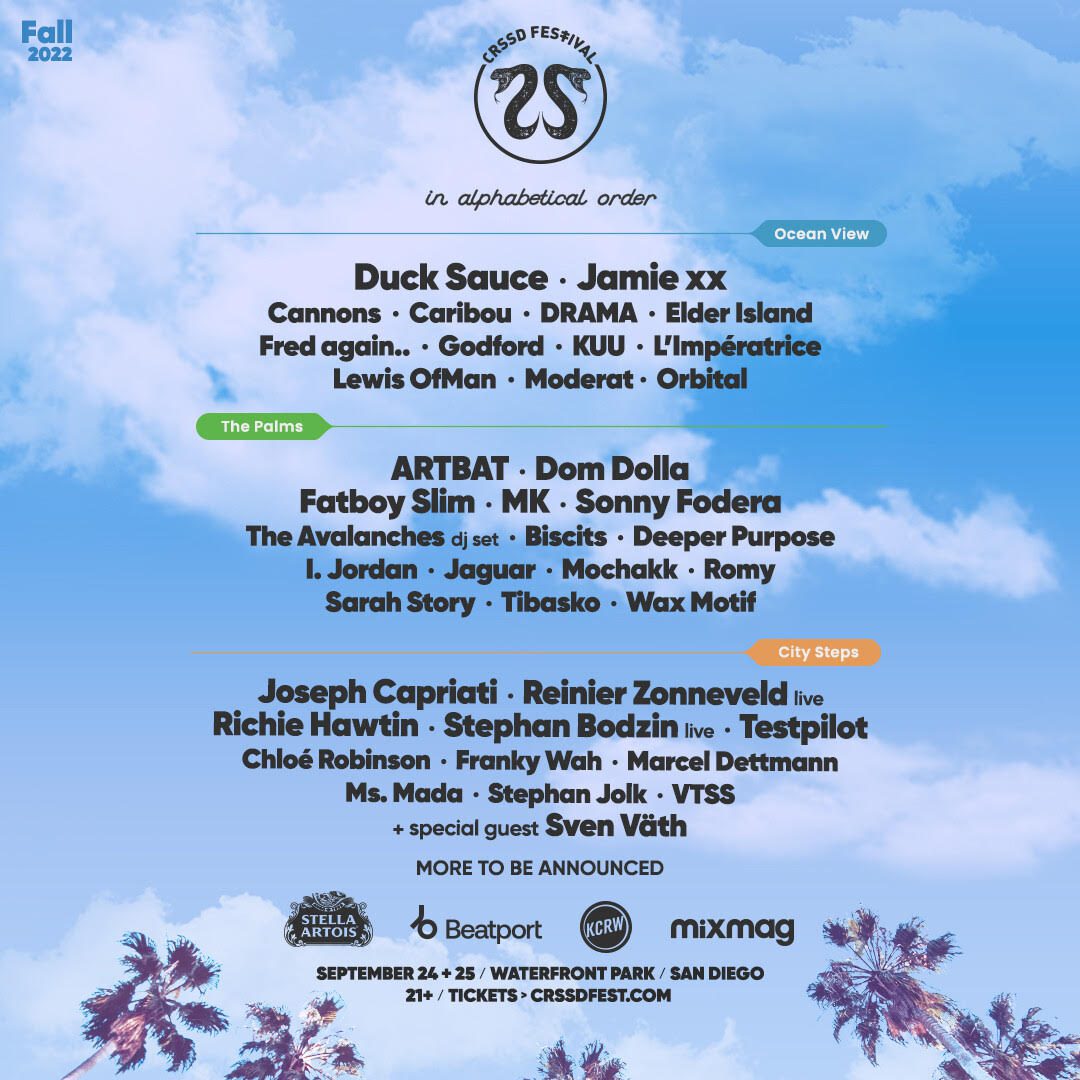 Subtronics Will Release His Remix Of "Escape" By Kx5 This Friday