It’s hard to believe, but we are halfway through February! The year is flying by and festival season is on the horizon. For us, festival season begins every year with the Spring edition of San Diego’s picturesque gem, CRSSD Festival.

CRSSD Festival is truly one of a kind. By pulling in some of the biggest names in house and techno, the festival has forged its path by supplying some of dance music’s most desired talent. This year’s lineup features artists like Stephan Bodzin, The Martinez Brothers, Lane 8, Maetrik live, Justin Martin and so many others. If some of these names don’t ring a bell, now is a great time to do your research. These artists represent the resurgence of house and techno (at least in the United States). They’re carefully selected, and allows for a one of a kind festival that you just have to check out.

CRSSD Festival has also made waves by curating a boutique-like atmosphere. You can think of it as a grown-up, more sophisticated Coachella. There are only a few stages so you’re forced to check out and hear new music. This is part of what makes CRSSD Festival so special. The venue itself sits along the waterfront in Downtown San Diego, making for some perfect sunset vibes. Lastly, the festival also sets a minimum age requirement of 21, so you can keep all your neon and Kandi at home.

Tickets for CRSSD Festival Spring 2019 are selling out fast and are expected to be sold out THIS WEEKEND. Be sure to grab your tickets and check out the complete lineup below. 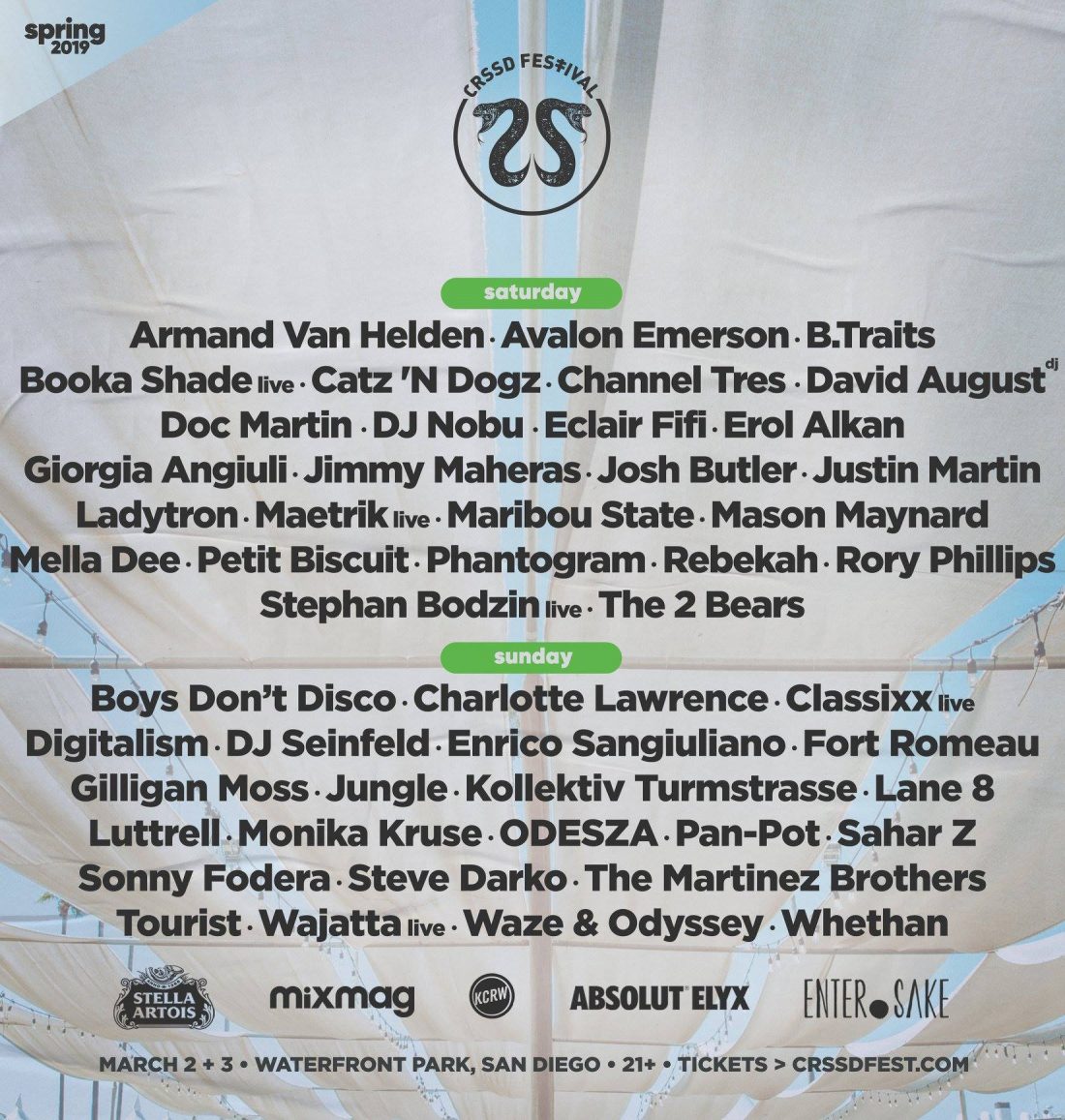 Lightning in a Bottles Announces 2019 Lineup