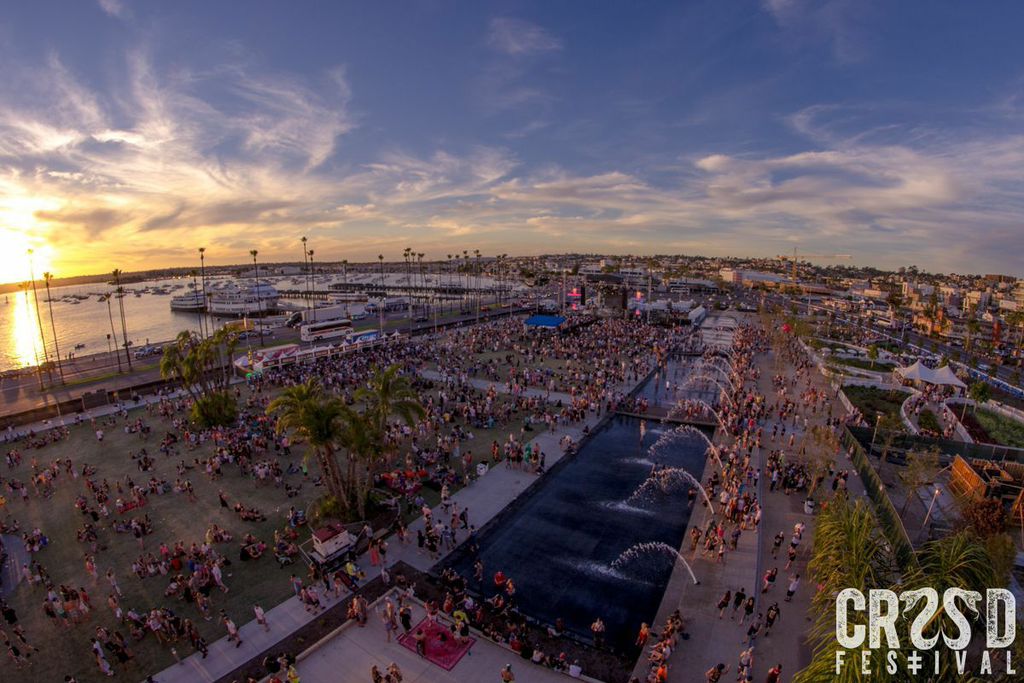 Where do we even begin? For the first time ever, Goldenvoice and FNGRS CRSSD came together for CRSSD Festival in Sunny San Diego. The festival had a heavy emphasis on house and techno artists, sprinkled in with a few big name headliners like Empire of The Sun and Chromeo. It was certainly one for the books, in more ways than one.

Here are 5 things that we absolutely loved:

This was the first of event of it’s kind and size to happen at San Diego’s Waterfront Park. Spread across three stages, picture perfect sunsets and beautiful people were on display during both days of the festival. We were excited to see how many people were thoroughly enjoying the fountains (that you could dance in), letting loose and embracing some of the best music around. There was plenty of room to dance about across the venue and we even saw plenty of people sitting on blankets taking it all in. It almost felt like Coachella.

We often heard from many attendees that this was their first 21 and over festival, and that the vibe was unparalleled. We would have to agree. Although CRSSD was not our first 21 and over fest, there was this unanimous sense of comfort, respect, and responsibility in the crowd. Keeping the festival 21 and over will be critical to seeing CRSSD succeed. Everyone we encountered was super friendly and down to earth, and genuinely wanted to be there. This made a huge difference

This may sound a bit weird, but the food options were simply amazing. After having our share of multiple craft beers, it was perfect. Everything from oysters to pizza was offered and added to the overall festival atmosphere. The gourmet options really emphasized CRSSD’s mature vibe.

CRSSD featured tons of different artists. Some of our favorite sets came from Seth Troxler, Classix, Flight Facilities, Empire of The Sun, and Maceo Plex, but Thomas Jack really brought it home for us. His tropical house sound went absolutely perfect with the beautiful setting we were surrounded by. The vibes and energy were simply mesmerizing.

We love raves, we really do. But nothing was more refreshing to see than beautiful fashion and not “over the top outfits.” We absolutely respect people’s creativity, but CRSSD Festival made it a point to make this more of a festival than an actual rave by encouraging people to dress appropriately and casual. We couldn’t agree more with this decision. There were no super flashy lasers and half naked girls, and it was still a great time. Kudos to CRSSD for creating a unique and casual atmosphere that was focused more on the music and less on everything else.

Overall, CRSSD had an amazing debut. However, we do believe that there’s room for improvement. Placement of the bathrooms, lack of water stations and long lines at the bar are often issues faced at almost any festival, but we strongly believe that CRSSD will make the efforts to improve all of this next time around.

Until then, we can’t wait for it to be back.