David Guetta has announced that he is parterning with both PS5 and Xiaomi to host his third charity live stream event to help support those in need. The live stream (which will be called, ‘United At Home’) will take place on New Years Eve in Paris. Guetta’s previous live streams have amounted to over 50 million global views and have awarded him the most-watched DJ set on Facebook. Guetta has rased over $1.5 million thus far and will look to once again help those in need by hosting his ‘United At Home,‘ charity live stream event in Paris. 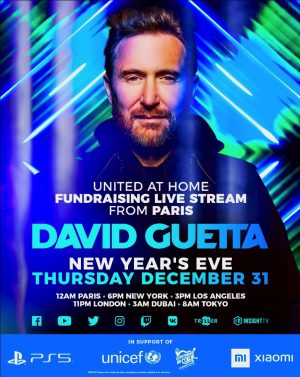