San Diego’s entertainment scene this summer is looking like the place to be, as the crew behind CRSSD Festival has given us the official lineup for DAY.MVS XL, featuring some of the biggest names in house and techno. The official lineup for DAY.MVS XL is filled with talent as Fisher, Lane 8, MK, Monolink, Nora en Pure, Tiga b2b Danny Daze, Recondite (Live), Rebūke, and others are all scheduled to take the stage over the course of the two-day event.

The event will feature various food stands, mixology programs and pop ups from local San Diego vendors as well as after parties that have not been announced yet. Attendees can expect DAY.MVS XL to be filled with nothing but amazing food, music and the San Diego sun.

CRSSD Festival is still expected to occur later this year and an announcement should be made within the next few months regarding dates. 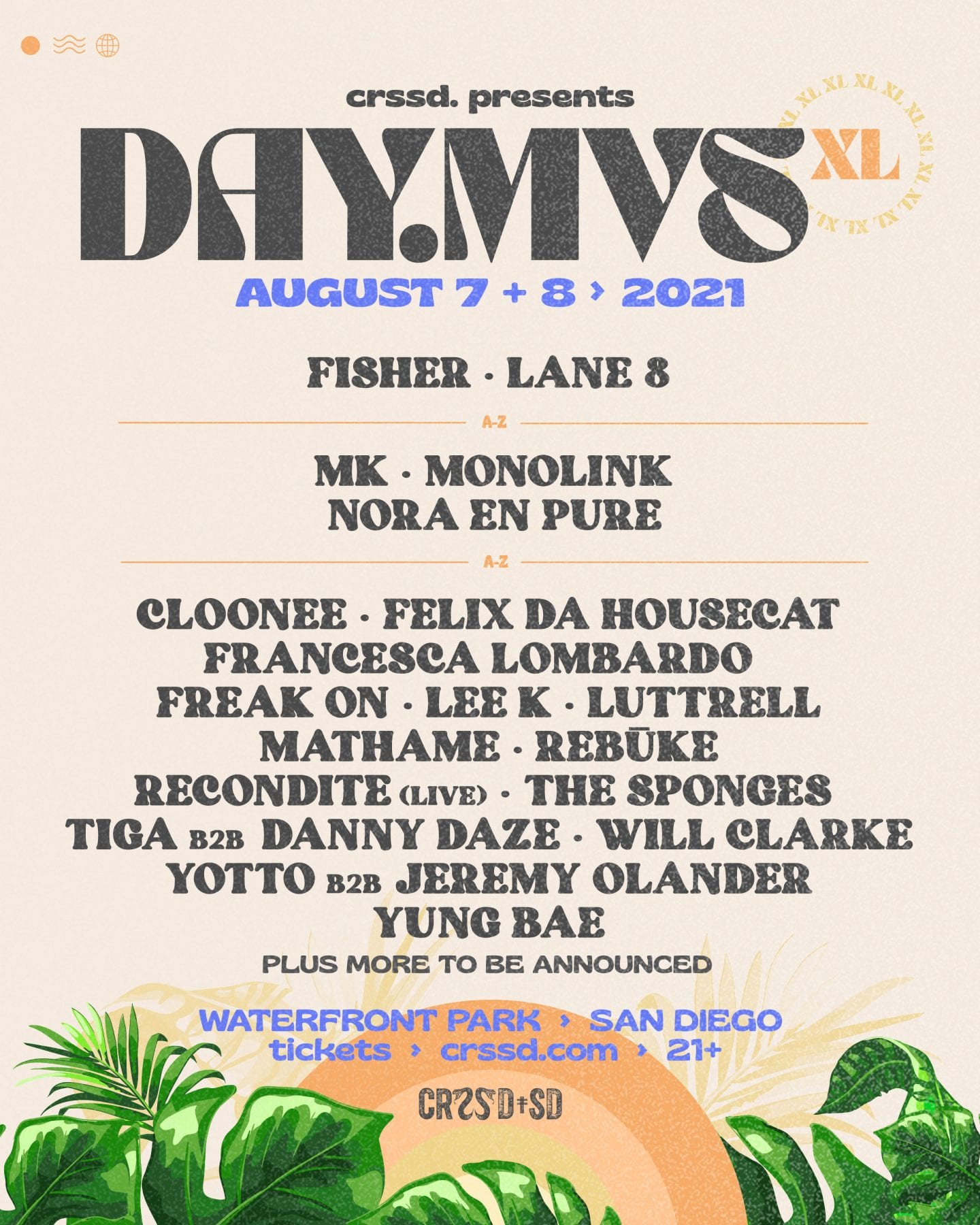