San Diego’s DAY.MVS XL brought the groove this past weekend of August 6-7, 2022. The FNGRS CRSSD event (pronounced day moves) is a house and techno festival held right in the heart of San Diego’s Little Italy.

They hosted artists like Detroit pioneer DJ Minx, popular newcomer Vintage Culture, and the legend himself Eric Prydz. The artists were high-caliber and the crowd was super friendly, but unfortunately the San Diego sun got the best of some attendees.

Yet, the visual screens were so bright that they lit up the waterfront sky and made up for a lot of the discomfort.

Overall, DAY.MVS is a smaller and more intimate affair than the well-known CRSSD festival held twice a year at the same location, and this bode well for the experience. It was just too darn hot. 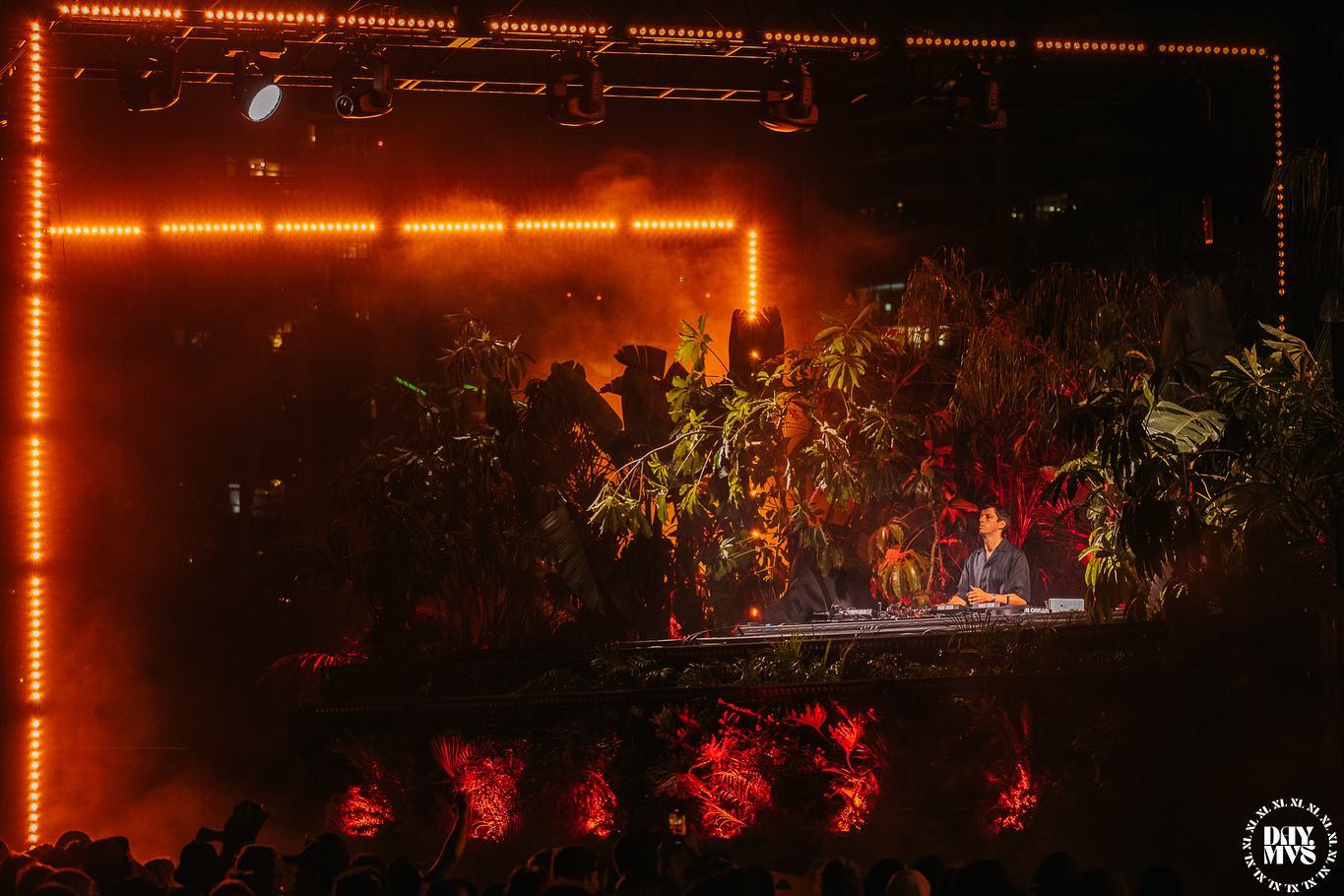 Being smaller than CRSSD, the crowd at DAY.MVS was great. FNGRS CRSSD events are typically 21+, which makes for more mature and less rowdy attendees. The space wasn’t too packed and getting through to the front or out of the masses was a breeze.

We met so many amazing people at DAY.MVS, all just looking to have a good time.  It felt like a local San Diego show where everyone knew each other and reunited to enjoy house and techno. There were no reports of phone theft that we were aware of and everyone was very respectful.

The production was surprisingly incredible. There were three screens on main stage: one on each side of the stage and one behind the artist. They stretched from one end of the venue to the other and made the stage look huge. The quality was great and the visuals were so bright, that they were honestly hard to look at at night. The lighting production absolutely did Eric Prydz’s iconic visuals justice.

The second stage had just as many lights, but no screens. Instead, artists were surrounded by a sea of foliage that felt like a set in a jungle or out in Ibiza. At night, the ambience created a secret or underground party aesthetic that worked perfectly for darker sets like ANNA and Pig&Dan. 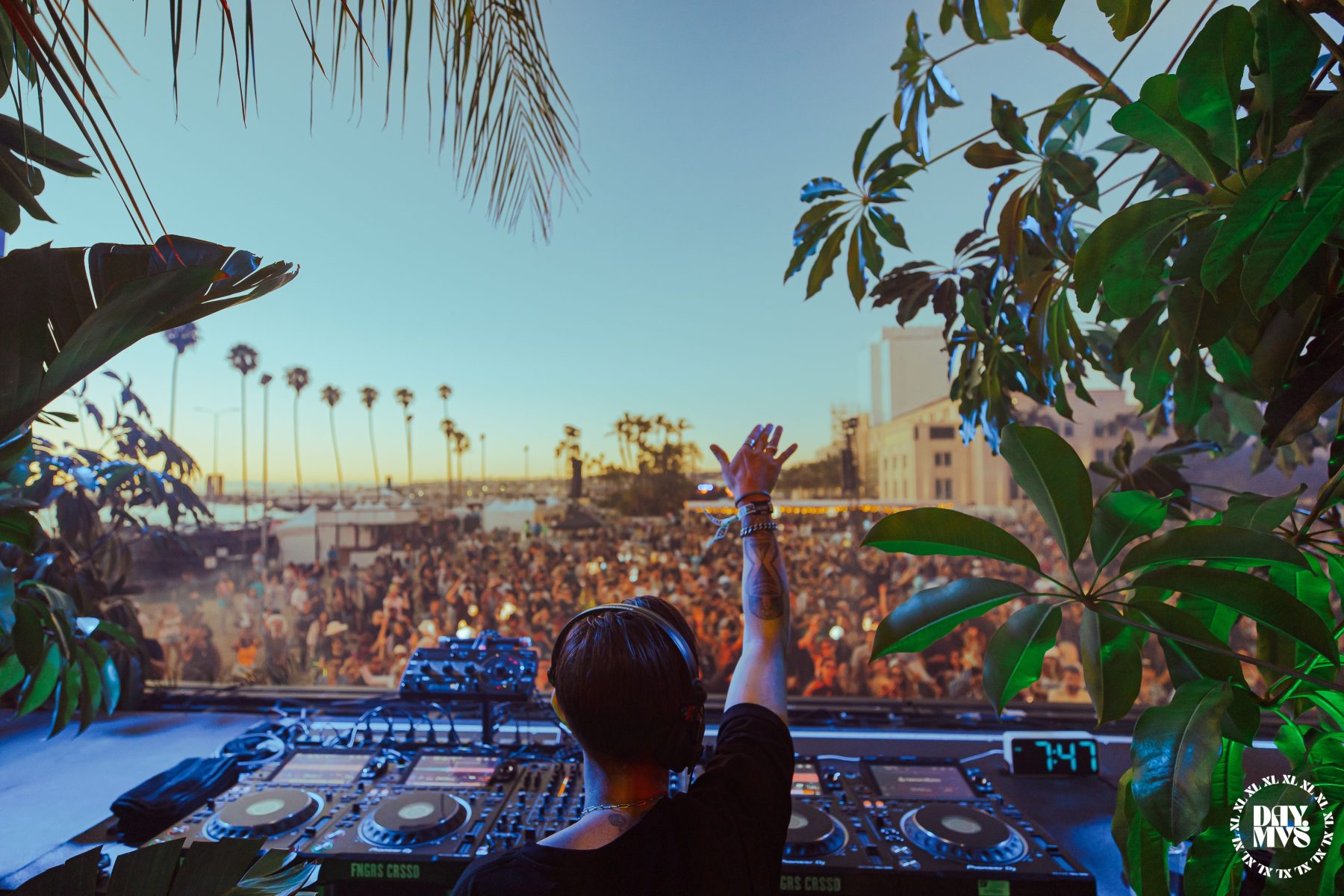 Every artist played their hearts out and San Diego was treated to some serious icons. Eric Prydz and Duke Dumont played legendary sets that had us gasping and our jaws on the floor.

While the lineup was small, it contained both popular and historic house and techno artists. If house and techno aren’t your thing, a FNGRS CRSSD event probably wouldn’t be your cup of tea. But deeper artists like Spencer Brown and Ben Bohmer added some calm and emotion that was appreciated on day two.

Overall, we felt that day one was more tech-house heavy and had artists known by radio hits. Meanwhile, day two contained some of the more classic artists. This isn’t a bad thing, but made day one more popular at main stage as San Diego is a tech-house hub. 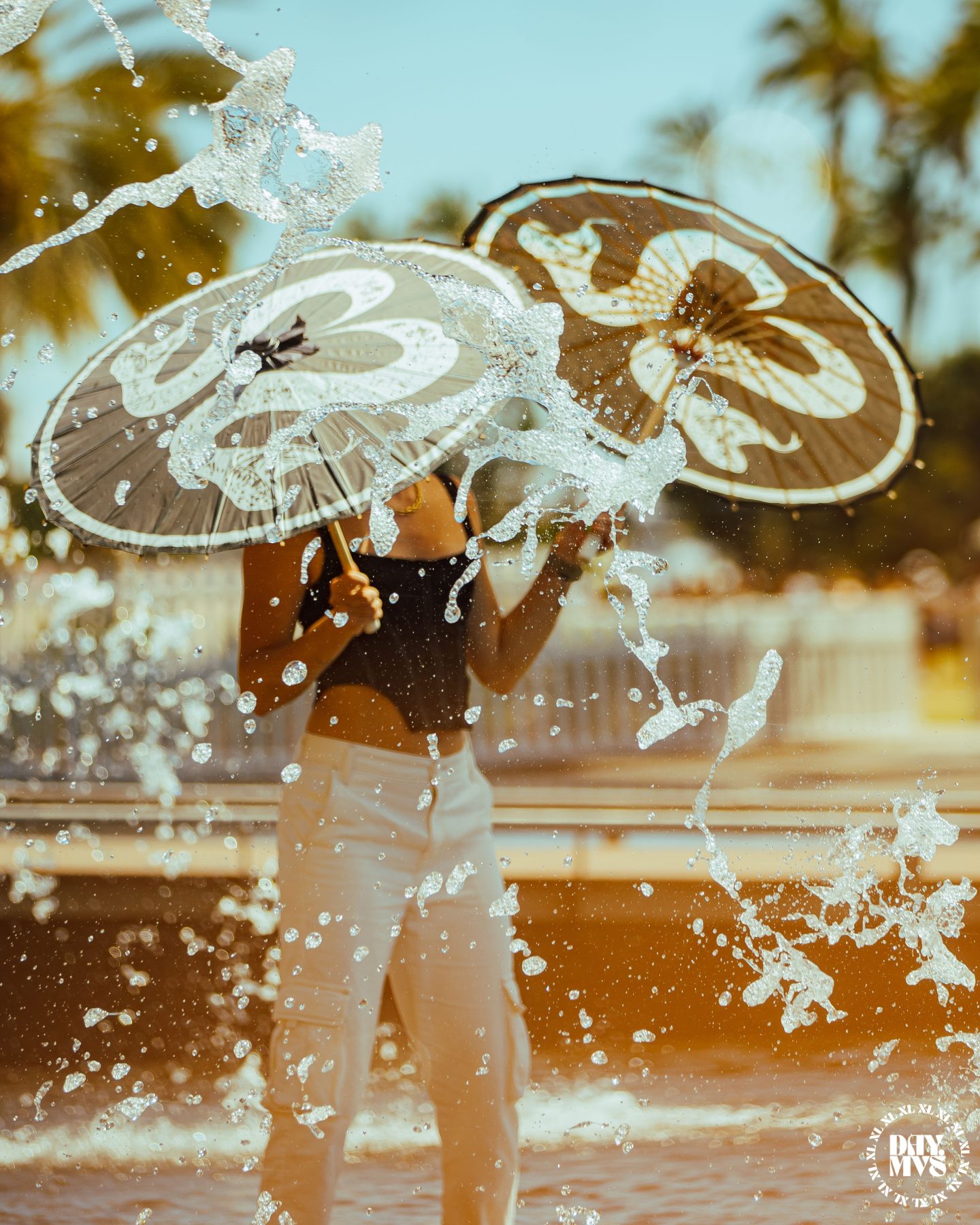 The venue, Waterfront Park, is absolutely gorgeous and has views of the water and even a pirate ship. But Saturday was extremely hot and they took away the shades that usually reside over the viewing areas. What little shade there was had people huddling on the side of the stages or under the table umbrellas.

We had several people get sunburnt and even heard reports of some going home early due to the extreme heat. The quintessential waterfront park fountains offered much-needed heat relief, just don’t stick your face in the reclaimed water, please.

But day two was a lot cooler and had fewer people, which was a relief to many. The bathrooms were typical gross porta potties but at least there was always toilet paper and sanitizer (the bare minimum), but no running water.

On a lighter note, the food was excellent and provided by local restaurants and the water station had tons of easy-to-fill spouts. We also never had to wait in line for more than ten minutes anywhere, including to get into the venue.

They barricaded off the merch section too which reduced bottlenecking and made everything seamless.

DAY.MVS is a whole lot smaller than the regular CRSSD held twice a year, but this can be both a pro and a con. The lineup was good enough to make up for it and the crowd seemed to be there for the music and to make friends.

We were disappointed that the venue didn’t take enough precautions for the heat and had it been just as hot Sunday, things could have gotten bad. But the main focus of the event; the music and the artists; were enhanced so much by the production.

Lane 8 Releases "Grapevine" With Elderbrook On This Never Happened

Secret Project Returns To Amsterdam In 2022 With Classic Lineup