Day Trip Festival Is Coming Back To SoCal In 2022

The location is of particular interest because, in 2021, the festival, unfortunately, had to change venues twice in a very short span of time. The original location was set for Pier 46 on the LA Waterfront over July 4 weekend. But on June 23, 2021 (two weeks before the event was going to take place) the festival was moved to the lot at Hollywood Park.

While sudden, this change was still exciting given that it was a never-before-used venue that was adjacent to the brand new SoFi Stadium. However, things went south yet again just seven days later when the venue changed for the second time. The final location ended up being Insomniac’s stomping grounds, the NOS Events Center in San Bernardino.

Insomniac and Pasquale Rotella were cognisant of the hasty switches, and so they ended up offering everyone who bought tickets to the event full refunds. Ticket holders were also able to attend the final version of the event and were given a free ticket to any upcoming Insomniac event in 2021. Finally, Insomniac incurred the cost of any non-refundable flights and hotels.

Now after that epoch, the event is coming back to a waterfront setting in the shadow of the infamous Queen Mary. The chances that similar trials and tribulations will occur are much smaller as Queen Mary Park has hosted large-scale music festivals in the past such as Just Like Heaven and more.

Plus, another benefit following the venue drama last year is that ticket holders from Day Trip Festival 2021 will receive first access to tickets during a 24-hour presale this Thursday, March 3. Ticket holders for last weekend’s Skyline will have access as well. Tickets go on sale to the general public the following day, Friday, March 4 at 12PM. Click here for more information and stay tuned for the lineup and other announcements. 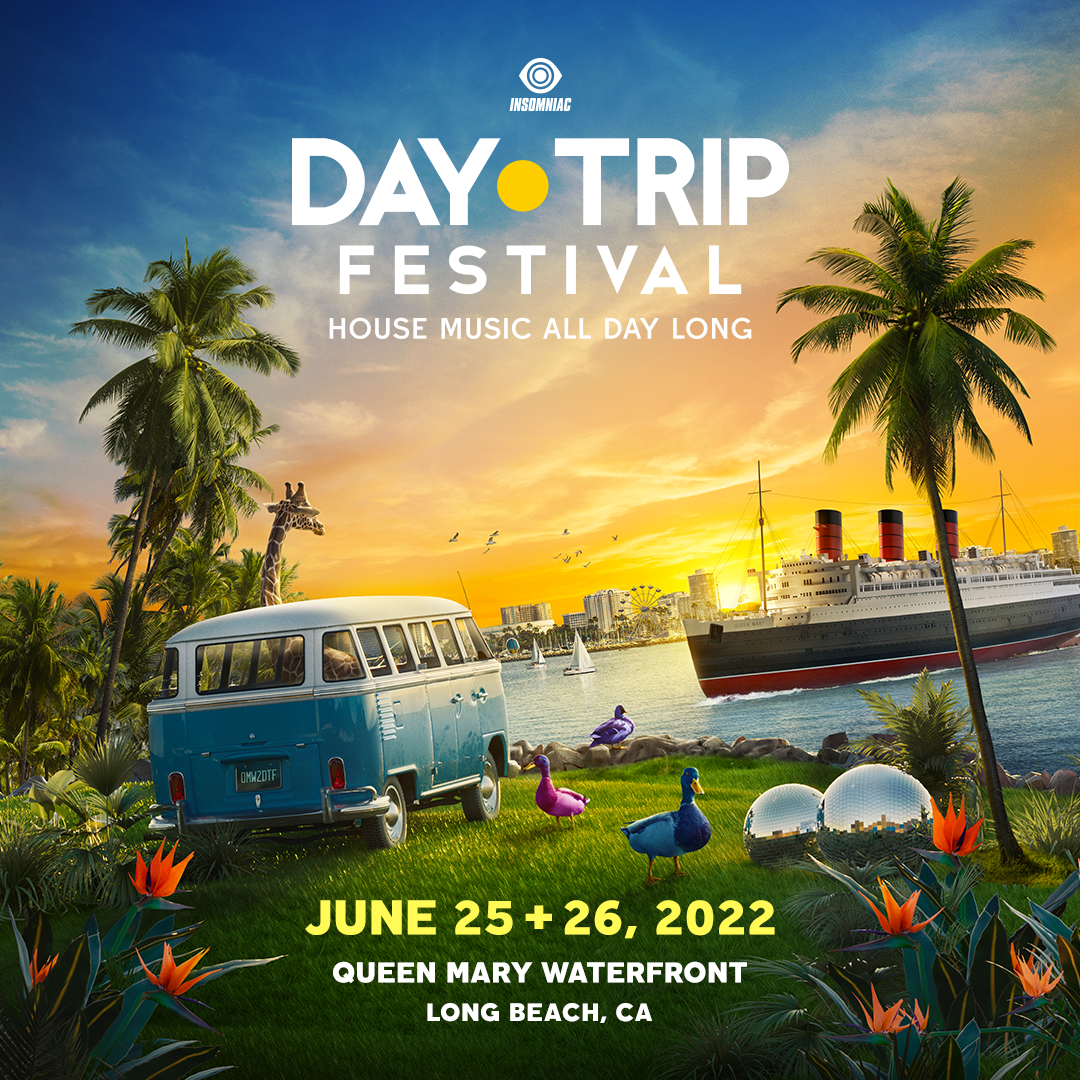