deadmau5 And His Wife Separate After 3.5 Years Of Marriage

The decision to terminate their marriage was “amicable”

“We have chosen different paths in life, and I am forever grateful for the time we spent together,” said Joel Zimmerman. “We wish each other well and are parting with love and mutual respect,” adds Kelly Zimmerman.

Joel Zimmerman proposed to Kelly back in 2016, after the American DJ posted a picture of a real estate saleswoman wearing an engagement ring while the two were vacationing in the Maldives. The wedding was held the following year in 2017, which featured various pyrotechnics from his live shows, red smoke, and countless amounts of candles and flowers.

We wish both Joel and Kelly nothing but continuous happiness and success as the two begin to start the next chapter of their lives.

Read the full announcement below. 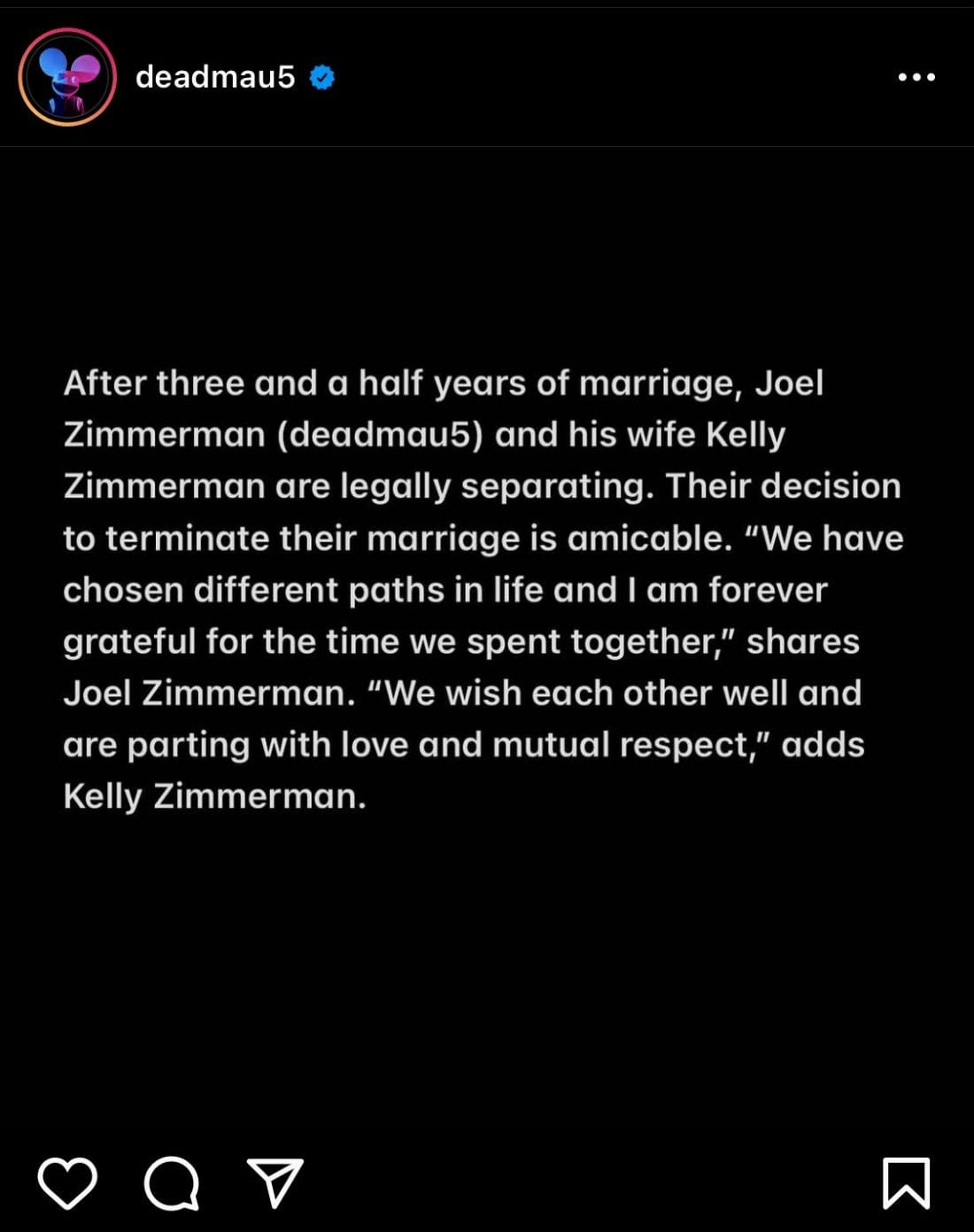 Calvin Harris Delivers New Summertime Banger, 'By Your Side'