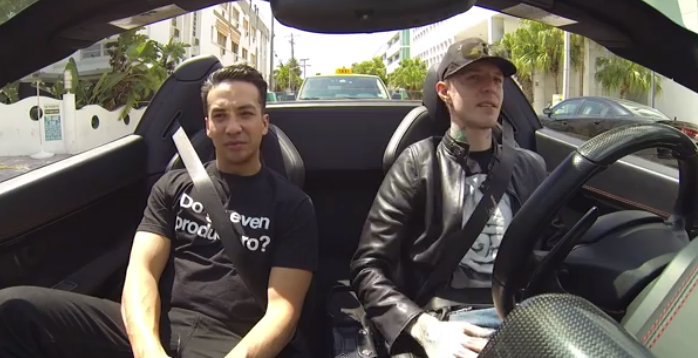 This past week during Winter Music Conference, Deadmau5 took renowned producer/DJ Laidback Luke for one of his “Coffee runs” around Miami. The two talk about everything from Martin Garrix to producing and a bit about Skrillex’s new album. Shortly after this was filmed, Laidback Luke had to fly home to his wife who was about to deliver their new daughter. His Ultra performance was canceled, but Laidback Luke made it home just in time for the delivery.

Here’s what happens when you put Deadmau5 and Laidback Luke in a nice car and drive around Miami.