We’re live at this year’s EDMBiz conference & expo at the Cosmopolitan Hotel in Las Vegas. We’re checking out some talks with some of the most influential and involved players in the dance music scene and hearing about the future of dance music.

It’s been great so far with tons of excitement around this week’s main event kicking off on Friday night, EDC Las Vegas. The buzz is in the air not only because this is expected to be the most bad-ass visual spectacle that Insomniac has ever produced, but because Insomniac has shared that EDC is heading somewhere new this year.

As revealed in this year’s Insomniac Magazine (which you can pick up in Vegas around EDC week) EDC will be heading to Brasil this December. That’s right, Brasil. The global takeover of Insomniac’s flagship festival EDC will take over the Autodromo de Interlagos speedway on December 4+December 5th.

You can expect to hear much more about EDC’s exciting new destination in the coming months. 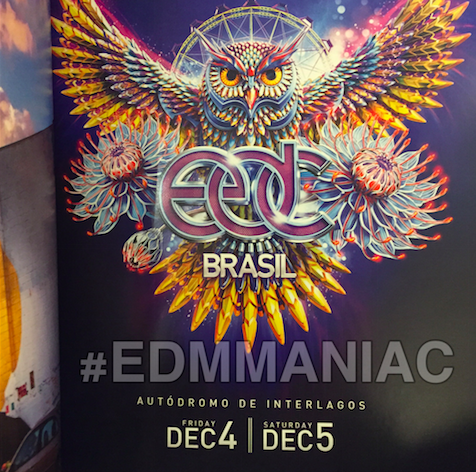