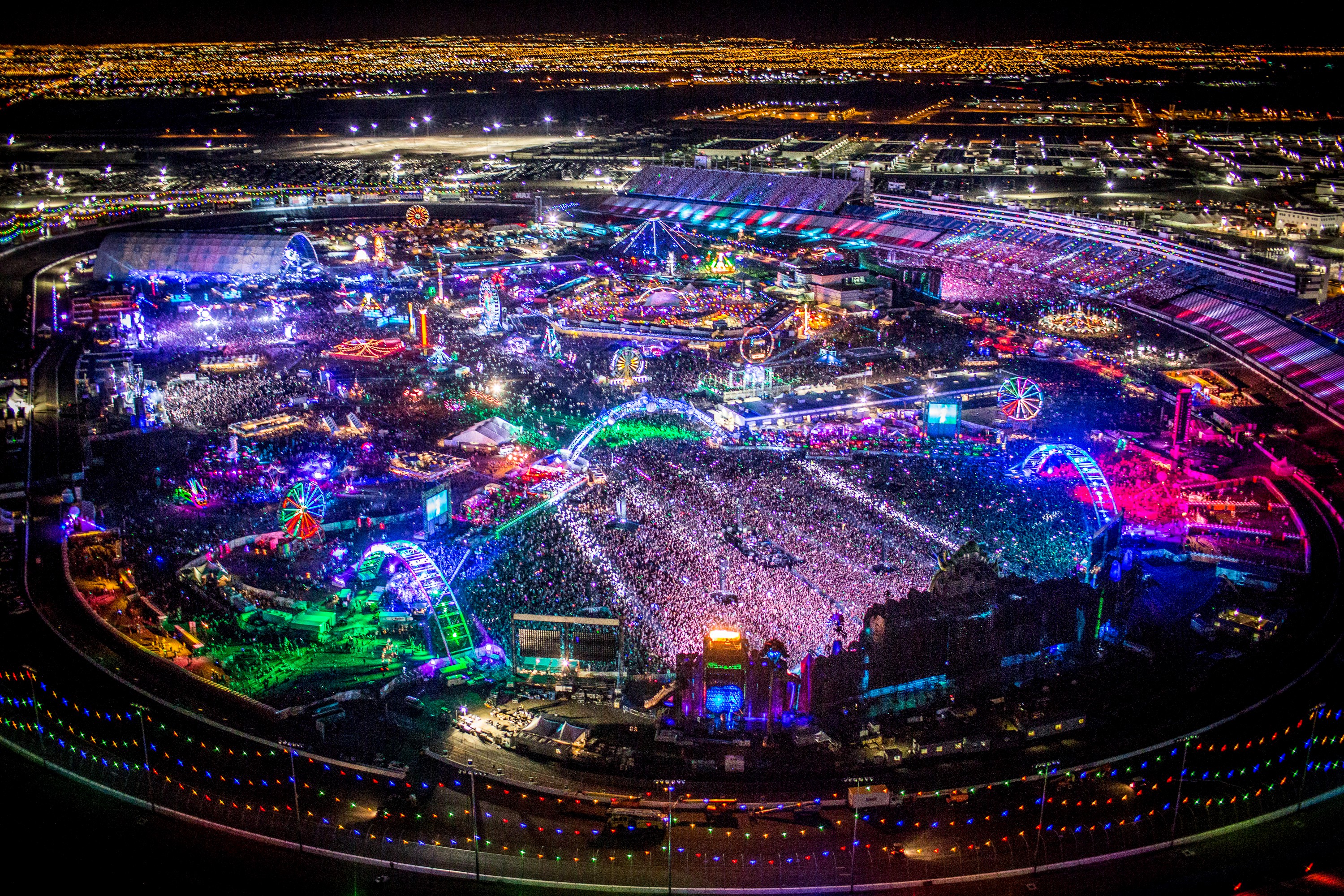 Can you believe it? EDC Las Vegas 2017 is just a little over 6 months away!

Next summer, Insomniac will be celebrating the 21st anniversary of North America’s largest dance music festival. The world-famous festival returns to the Las Vegas Motor Speedway June 16-June 18th. Expect Insomniac to pull out all the stops, and also expect many more announcements around the festival in the coming months.

Announced today, for the first time, Insomniac will have an official EDC Hotel Package at the Mandalay Bay Resort. This will be the official hotel for EDC Las Vegas 2017.

According to an Insomniac press release:

The Mandalay Bay Resort & Casino will offer a fans a luxurious stay right on the Las Vegas Strip from Thursday, June 15 to Monday, June 19, filled with premium perks and essentials to celebrate EDC Week with style and ease. Amenities like Fast Lane shuttles passes to and from EDC Las Vegas, access to two of the hottest clubs in town, and an exclusive piece of EDC merchandise make the Official EDC Week Hotel Package the best option on The Strip and beyond.

The four-night stay for two at the beautiful Mandalay Bay Resort & Casino, June 15-19, will offer guests a unique getaway featuring elements of the hotel’s signature relaxing style and comfort. The Official EDC Week Hotel Package includes access to the resort’s industry-leading DAYLIGHT beach club, where guests can unwind on luxurious daybeds in an open-air bungalow environment, and LIGHT nightclub, where cutting-edge creativity meets visually stunning sights and sounds from the best DJs in the world.

The resort is located directly across the street from the Village Lot shuttle location, where guests can use their Fast Lane EDC shuttle passes for front-of-line access and expedited travel to and from Las Vegas Motor Speedway. Mandalay Bay Resort & Casino will also be home to the EDC Las Vegas box office and customer service center so fans can access their festival passes and have their questions answered in the convenience of their own hotel. Also included will be limited edition EDC merchandise, exclusively available as part of the Official EDC Week Hotel package.

The entire package for two is priced at $1,199 with an option to add up to two additional guests for $225 per person. Quantities are limited, and reservations are subject to availability. Prices will increase and do not include hotel resort fees or taxes. The Official EDC Las Vegas Hotel Package is non-refundable. For further information on the Official EDC Week Hotel Package, as well as additional details on EDC Week events, visit EDCWeek.com.

Mandalay Bay Resort & Casino is conveniently located on the Las Vegas Strip, where EDC Week will return from June 12-19, with unprecedented events from international dance music artists at some of Las Vegas’ most popular venues like Hakkasan, Wet Republic, TAO, Marquee and Omnia.

On June 16, 17 and 18, EDC Las Vegas 2017 will bring another year of dance music legends, interactive art installations, nearly ten immersive stage productions, and an accepting community celebrating life and love to Las Vegas Motor Speedway. From full-scale carnival rides to legal wedding ceremonies, the festival continues year-after-year to create an awe-inspiring atmosphere that extends beyond the music and radiates with energy from dusk till dawn.