Getting the approval to produce a music festival can be quite the process, but when the local residents of an area contest the plans it can become close to impossible. Tuesday, the commissioners in Chaffee County, Colorado gave their final word in favor of a 20,000-person music festival set for this upcoming August in the Buena Vista area. Up until then, it was uncertain whether or not the county would approve a special-events permit for the event. 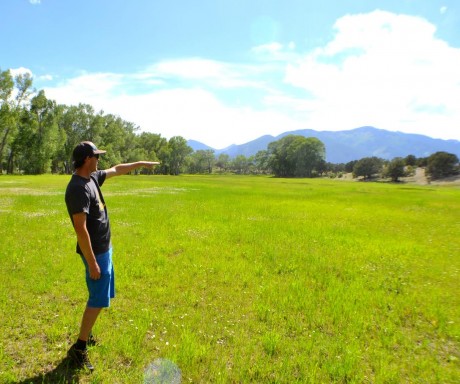 It all started last summer when AEG Live and Boulder-based Madison House Presents (the organizers behind the famed Electric Forest festival) began discussing plans for a future festival with pro kayaker Jed Selby. In 2014, Selby’s family purchased a 274-acre plot that was facing foreclosure with the hopes of developing a music festival on the sprawling land. Now after plenty of concerns voiced from those who reside close to the venue, as well as testimonies from neighboring towns who’ve hosted events via Madison House Presents, Chaffee County is on board for a festival that could generate a lot of attention for their rural residential areas. Perhaps one of the most influential factors that swayed locals in favor of the huge festival was the success of 2015’s Mad House Presents’ event The Gentlemen of the Road tour lead by Mumford & Sons that featured other acts like Alabama Shakes, Jenny Lewis and Dawes.

Madison House Presents’ festival is set to go down August 4th-7th, 2016 in the Buena Vista, Colorado area on Jed Selby’s ranch. According to Selby, the board instructed them that they “better do a great job” if they’re looking to return next year. And, while no details of who will be performing have been announced, there was reportedly mention of a focus on bluegrass and classic blues for the anticipated music event. Chaffee County administrator Robert Christiansen said that the festival is hoping to attract a “wide variety of interests and ages,” while Madison House Presents’ president Jeremy Stein made it a point to assure any skeptics that they “aim this festival to be a mighty source of Colorado pride.”