Elon Musk is a man of many talents as the creator of Tesla and SpaceX, two companies that have defined the future of transportation and space exploration. Now, the tech genius can add music producer and vocalist to his repertoire of skills with the release of his first electronic music track “Don’t Doubt ur Vibe.” This follows the release of a rap song last year in 2019 with a song dedicated to the famed gorilla Harambe, appropriately titled “RIP Harambe.” Musk had initially teased the release of his new track via Twitterearlier this week, with many under the impression it was meant as a joke. However, today he officially released the track via SoundCloud through Emo G Records (a play on the word “emoji”). 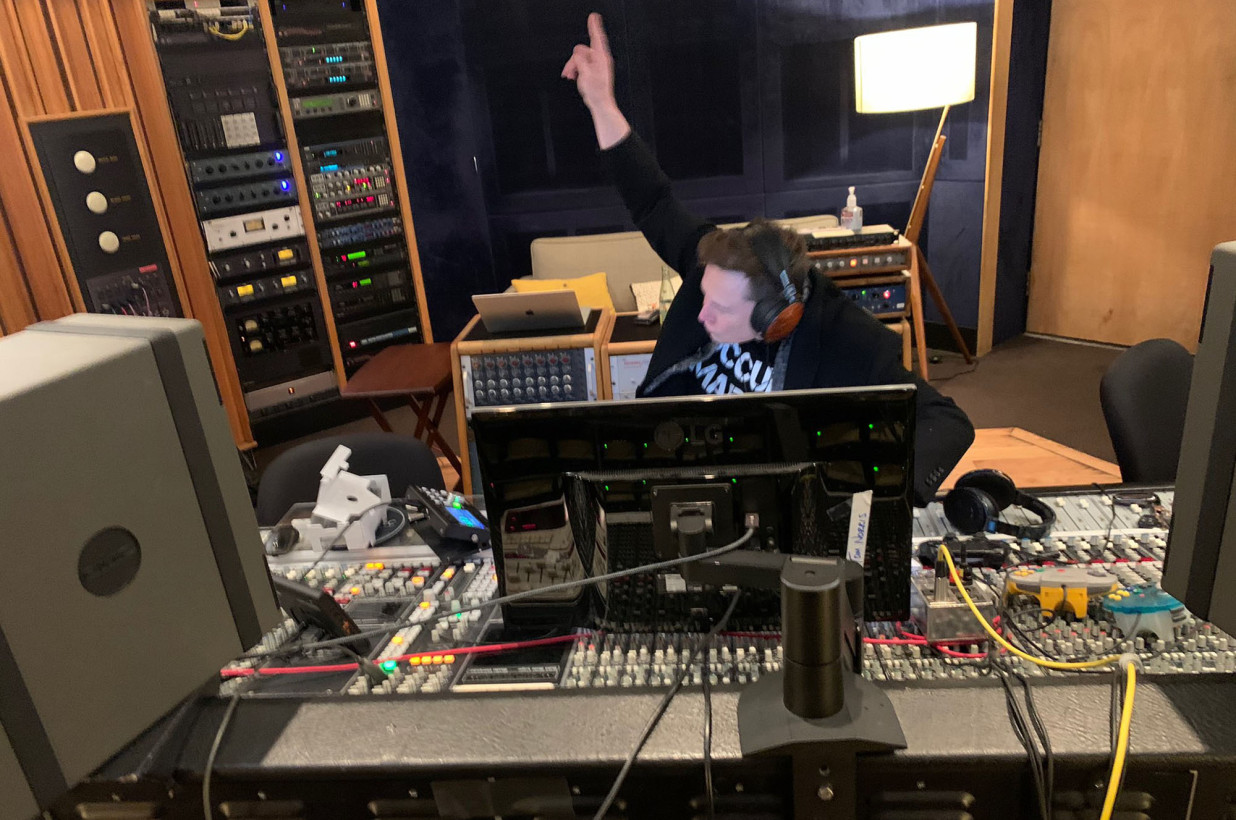 Within a few hours, the track has amassed over 621,000 plays. Surprisingly, the track may be a hit as it continues to garner attention and accumulate plays. Other producers already expressed interest in remixing the song, including world-class DJ Ilan Bluestone. Soon have after the track release, Elon changed his Twitter name to “E ‘D’ M” as a play on the initials of his name. He also shared that not only did he record and produce the song, but he wrote and sang the vocals. Along with the announcement, he shared photos of himself in the studio recording his first track. Just today, the track has received an enormous amount of praise on Twitter with over 70,0000 reactions.

Of course, the track is accompanied by a cover photo of the iconic Tesla Cybertruck that was released a few months ago. The four-minute track repeats a vocal series with the lyrics “Don’t doubt your vibe/because it’s you/don’t doubt your vibe/because it’s true.” The lyrics are electronically edited and modified, so it is difficult to identify the vocals as belonging to Musk. The vocals are accompanied by an ambient beat that pulsates in the background. The song begins to pick up about a minute in with a drop that leads into an airy electronic rift. Overall, the song is very catchy and gives off an ethereal vibe. It is unclear if the billionaire plans to pursue an entire album, but we are certainly ready for more releases!
*Images via Elon Musk Twitter