elrow Returns To New York City With A Star-Studded Lineup

elrow has the reputation of being one of the wildest parties in the world, and now that party is coming back to New York City with the theme of Sambowdromo Do Brasil, based on the legendary parade venue in Rio de Janeiro, Brazil.

On Saturday, April 9, the worldwide brand will take over the Great Hall of Brooklyn’s Avant Gardner with one of the year’s best lineups so far.

Topping the bill is an epic back-to-back between Skream and Jackmaster. This pair of expert selectors have considerable experience together as a part of J.E.S.u.S., their supergroup with Eats Everything and Seth Troxler, so this set is not to be missed.

Further down the roster are the bassline maestro Lee Foss as well as house music stalwarts Riva Starr and Latmun. The event will also extend to a daytime party on April 10, with a mystery lineup that has yet to be announced.

“We are so hyped about our Brazilian street party theme coming to New York! This is a very special weekend for us, as, in addition to the usual Saturday show, we debut a 10-hour Daytime Sunday edition, which is elrow’s original format, for the very first time in the United States,” states Michael Julian, Head of elrow, North America

Check out the full lineup for elrow NYC below, and click here to purchase tickets. 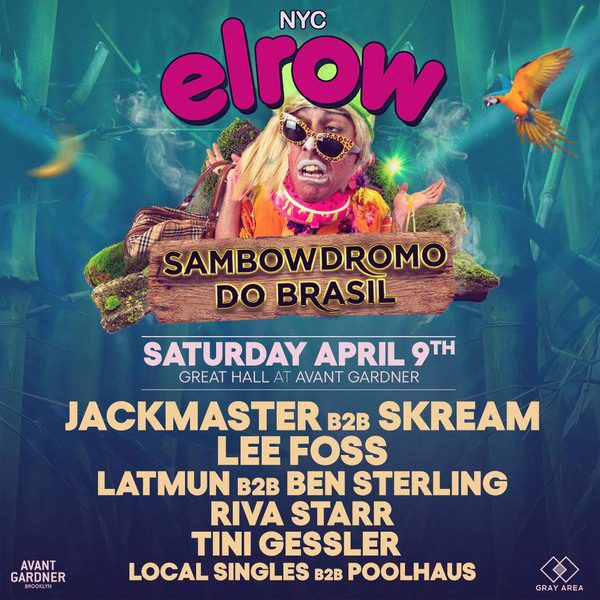