elrow will be returning to the Brooklyn Mirage for ‘Psyrowdelic Trip’ on Saturday, July 24

After almost a two-year hiatus, the #1 global immersive dance party brand, elrow, will be returning to the Brooklyn Mirage in New York City for a night full of dance music fun, accompanied by a very impressive lineup. The initial lineup for elrow’s return to New York City includes performances from the world’s top house and tech-house artists. So far, Dennis Ferrer, Lee Reynolds, Todd Terry, Mikey Lion, Marbs, Porky, Chelina Manuhutu b2b Francisco Alliendes, Josh Butler b2b Bontan, and Will Clarke b2b Huxley have been announced with more acts to be revealed in the coming weeks.

“Its been a very long and challenging year and we are happy to say that we are finally back! We will dance, hug, smile and party together like never before…New York is our home and this show is the beginning of a crazy future ahead.”

The open-air festival has encouraged its attendees to get ready for the wildest hippy commune to take over New York and costumes are highly encouraged for all concert-goers. For those who don’t know what an elrow party is or looks like, it encompasses live musical performances with various detailed and expressive themes. The events themselves are sometimes compared to that of a circus, as the event is filled with dancers, props, and an endless list of other features, all of which pertain to the main theme of the event.
The 10-hour event will start Saturday, July 24 at 6:30 PM EST and will go to 5:00 AM the next day.
Tickets are available now and can be purchased here. View the full lineup below. 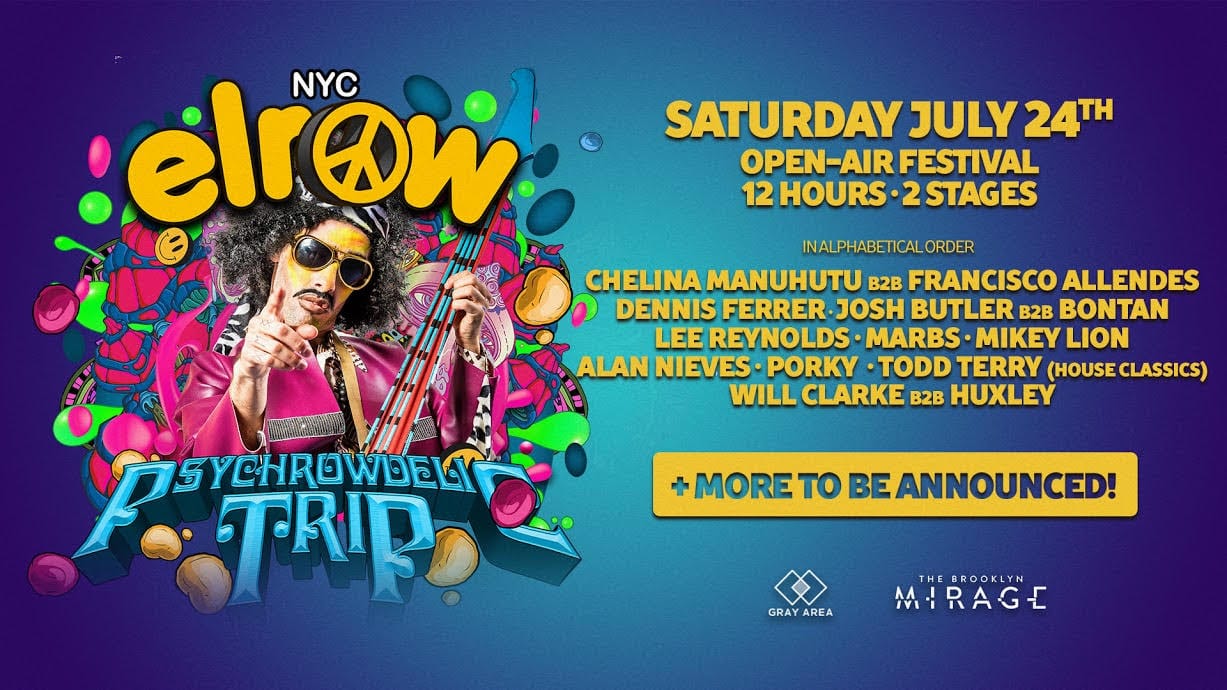 Ultra Music Festival Will Be Returning To Bayfront Park in 2022